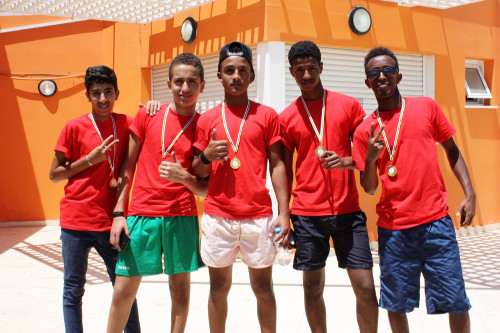 On the surface, it looked like a standard, local Special Olympics Unified Floorball match. Athletes of all ages, and all abilities, joined their teammates on the field to review the rules, and the terms of the match. The whistle blew- the match began. Under the heat of the Cypriot sun spectators watched on as the Special Olympics inclusive sport model broke down barriers in another local community  —  this time at the futsal courts of the old G.S.Z stadium in Larnaca, Cyprus.

Yet, this was no ordinary Unified Sports match.

Despite the highly politicized nature of them in many countries across Europe, Special Olympics Cyprus engaged youth refugees from a local reception center. The invitation was a simple- but powerful — one. The response was immediate. The fit- natural.

The invitation extended from the athletes of Special Olympics: Join us.

The refugee youth came from countries such as Syria, Somalia, Yemen, Iraq, and many others. Girls and boys alike- the Unified Partners hit the pitch with curiosity and poise. Many of these youth partners have witnessed horrors and hardships that few could comprehend. But on the floorball pitch, even but for a moment, the energy of friendship and inclusion reigned.

“We are really glad to be here. We just want to play,” said Houda, a 14-year old girl, a political refugee from Yemen. “We hope we can do this often.”

In an ever- fractured world, political refugees, namely youth, face some of the strongest forms of discrimination, stigma, risk and vulnerability. What population can appreciate these, seemingly insurmountable odds, better than Special Olympics athletes? Representing a population of more than 200 million worldwide, individuals with intellectual disabilities have, for too long, been last in line, condemned to exist in the shadows. This exclusion and isolation has been countered, more and more, by the Special Olympics movement and the push for deeper, more sustained, community engagement.

What more fitting population to extend an invitation to the refugee youth  —  to come join and just play? 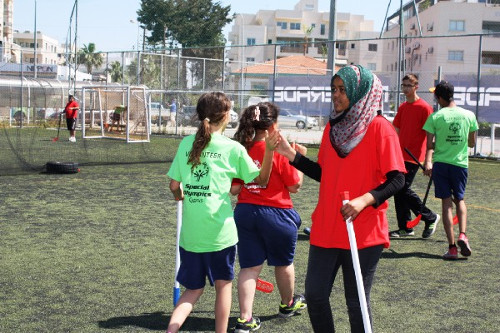 Among the social debate on refugees and migrants, national governments, Unified Nations agencies, and development stakeholders alike all agree on one issue: the need for sustained social integration of refugee youth is an urgent issue facing the European Union, indeed nations throughout the world. Sports can play a critical role in addressing this issue, and so too can a population often relegated to the sidelines.

“For centuries, throughout the course of human history, people with intellectual disabilities have always been the beneficiaries of service. The targets of inclusion,” said Eleni Rossides, National Director of Special Olympics Cyprus. “Today, what is so clear is that just as our athletes long to be included, they also long to include.”

“We live in an ever-more complicated world,” said Constantinos Michaelides, President of the Cyprus National Olympic Committee. “We are honored to work with Special Olympics athletes, and our local reception center, to show the true power of sport. I am proud of every single youth on that field. Each have overcome significant barriers, and each have joined hands together. What a lesson for this world.”

Following the match, a number of boys from the reception center approached the Special Olympics Cyprus Floorball coach, requesting that the next event be a football match. It was very soon thereafter that the girls made a similar request  —  but for that of basketball.

This Special Olympics Cyprus Unified Floorball match, celebrated in Larnaca on 12 May 2017, was -in ways big & small- and represented the embodiment of the next 50 years of Special Olympics.

Our Chairman, Dr. Tim Shriver, recently highlighted what a difference 50 years can make. He stated,“For the first 50 years of Special Olympics, our movement has been one for individuals with intellectual disabilities. It is powerful to see that, through the example of our athletes in extending this invitation to their new Unified Partners, our movement is now one from them.”

As the medal ceremony concluded, and the teams gathered on the bus to go to lunch, the athletes compared medals with their Unified partners. They cheered, they laughed. And through this example, despite all of the headlines, news clips, and most disturbing images of a social phenomenon that has gripped nations and governments alike — one could hear the words of Mrs. Eunice Kennedy Shriver, in a stadium in Minneapolis, Minnesota some 26 years prior: “Come to our world, where we compete as friends, not as enemies. We see for a moment what this world could be. Where we can help each other. Where we can have victory without victims. For you, the athletes of Special Olympics, are the peacemakers.”