In conjunction with the adult World Floorball Championships 2021 the IFF launched its new responsibility campaign, FairFloorball. The campaign aims to encourage everyone to act responsibly. The foundation, fair, derives from IFF values and emphasizes many points from IFF sustainability programs.

In the process of developing the campaign it was identified that fair, which is one the values of the IFF, as a word describes many of the things that the federation wishes to promote.

According to the Cambridge English Dictionary fair has following meanings:

The following punchlines were developed to cover different areas:

Each of these areas have dedicated Athletes’ Commission ambassadors to promote the message.

The campaign will be visible in IFF events in various formats on advertising surfaces, social media, players and referees. Some events will also have activation in the venues. 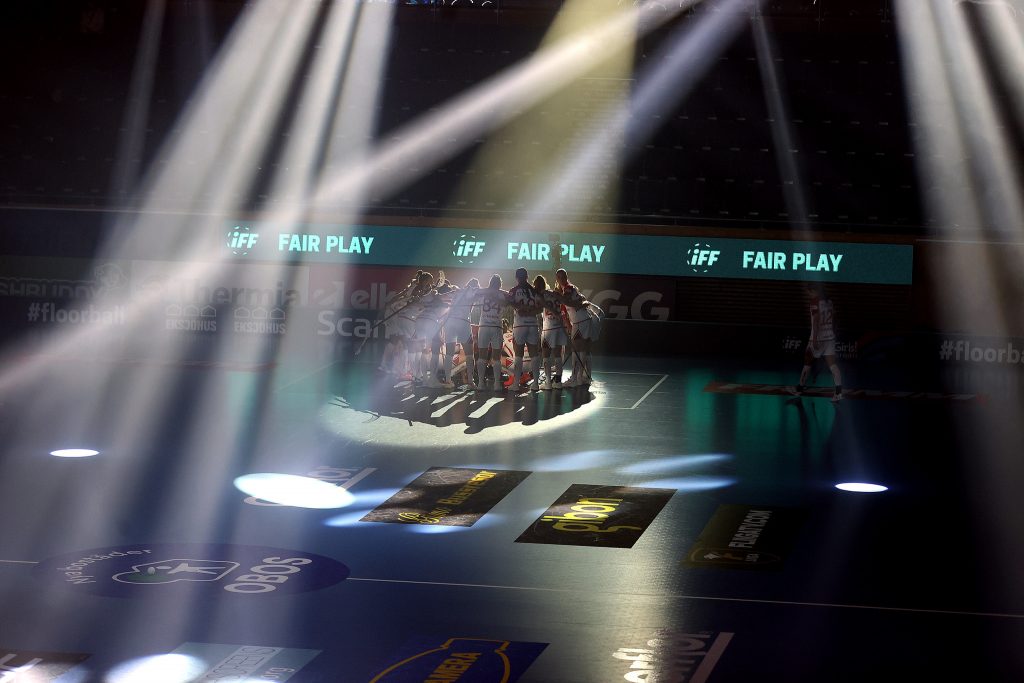 The new concept is anchored on three elements: Environment, Social and Governance (see picture). The IFF Central Board, Ethics Commission and Athletes’ Commission have all seen and commented the campaign during the development phase. 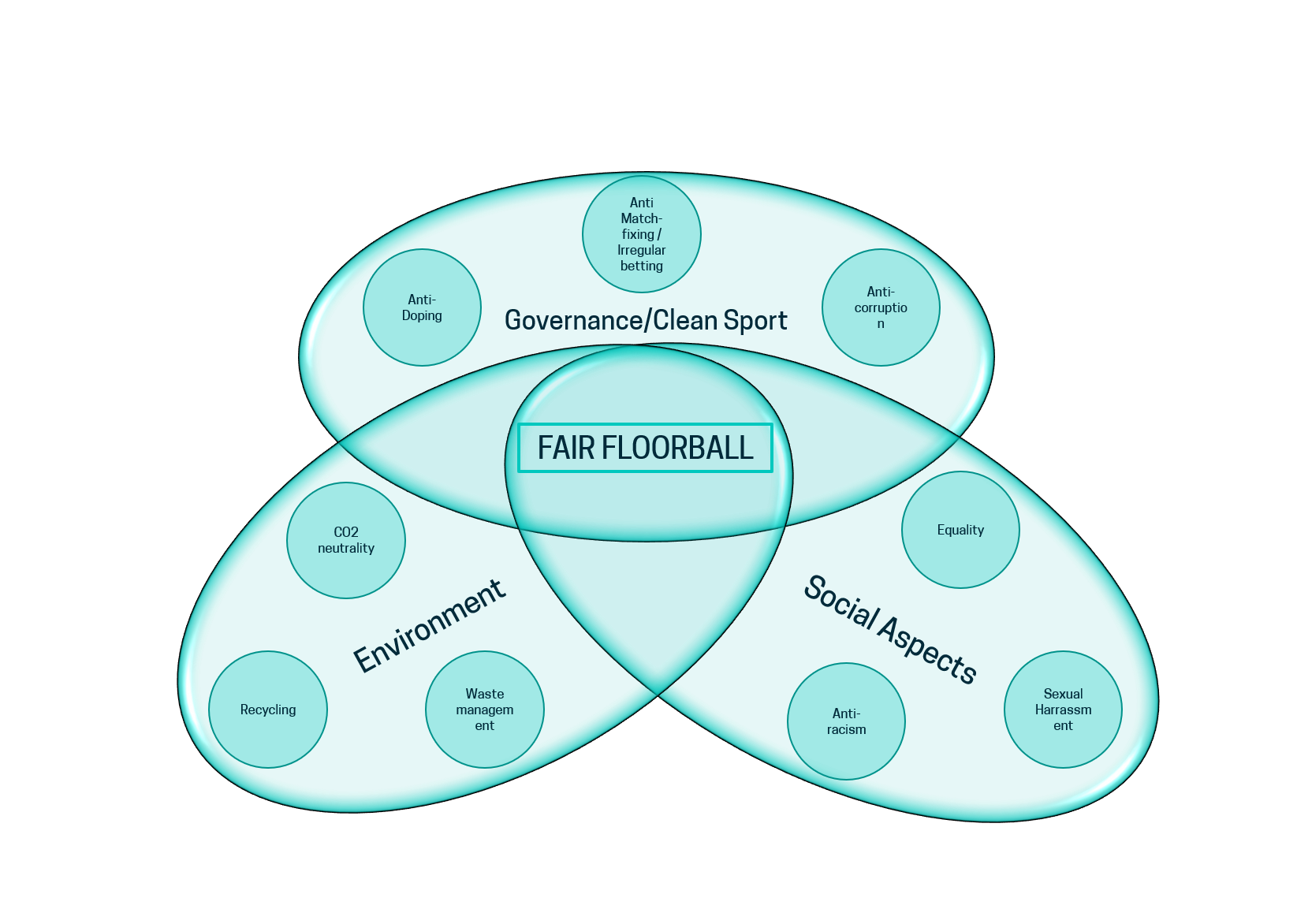