The International Floorball Federation (IFF) is the head organisation of world floorball and was founded by Sweden, Finland & Switzerland on 12th April 1986.

Floorball is a fast growing sport, traditionally played indoors with sticks that have a carbon fibre shaft and plastic blade. In the original version of the game each team have five field players and a goalkeeper on the court at one time, with the goalkeeper playing without a stick. Other formats of the game are played with 3v3 and 4v4 on modified court sizes, either with or without a goalkeeper. Many of these modified versions are played outdoors.

The IFF is a full member of the IOC, an ordinary member of GAISF (formerly SportAccord) and cooperates with FISU. It is a medal sport on The World Games programme.

The Strategic vision for the Floorball is defined as follows in the IFF Vision statement:

“Floorball is the most inclusive team sport, played with over a million registered players on all continents.” 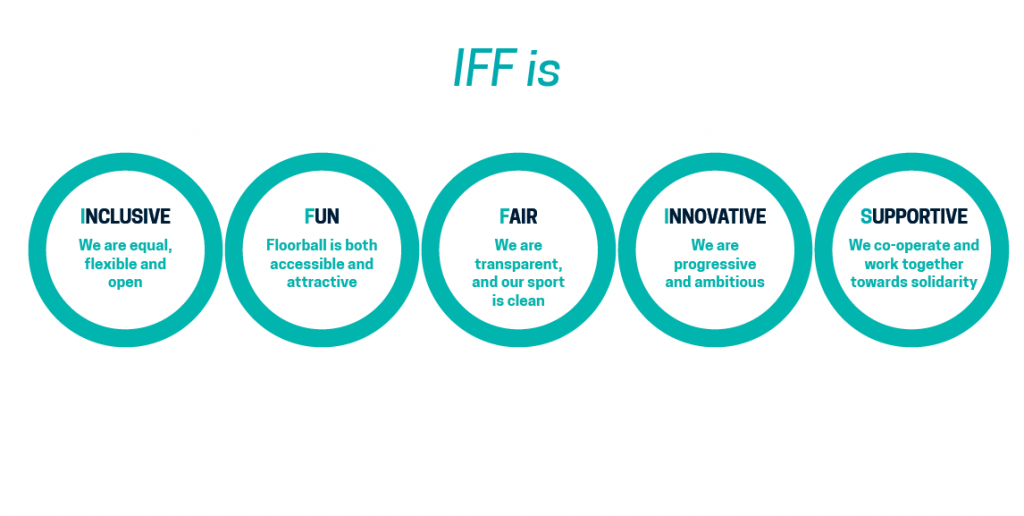