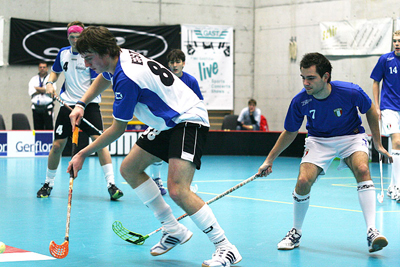 After the preliminary round of the B-Division, Estonia and Germany were together on the top of the ranking of group D.

As the number of points was equal, the internal match ended 7-7, the goal difference was equal as well as the most scored goals a drawing of lot had to be done to settle the ranking. (IFF Competition regulations, 4.2.6, f).

Read more from the official U19 WFC webpage and watch the drawing on video on Unihockey-Portal.de 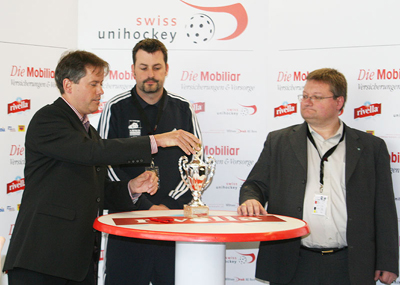 Team Germany was lucky in the drawing, but was unlucky when two of their players; Felix Klein and Sven Wrossok got injured. Germany received the right to replace the players and Heiko Packeiser and Thomas Händler will join the team tomorrow (10.11.07).

There are 4 spots left open for qualifying teams, which is sufficient considering one qualification in Asia, one in Americas and two in Europe. A possible team being the single qualifying team on a continent (as was the case with Canada for the Women’s WFC 2007) would then be given a free spot without affecting any other continent.