From 7th to 15th of December up to six games per day will take place in Neuchâtel at the Women’s WFC 2019 and already on the first week-end the fans can follow exciting games.

On the 7th December at 12 o’clock the Women’s World Floorball Championships in Neuchâtel begins with the game Finland against Poland in the main arena “Patinoires du Littoral” followed by the opening ceremony and the first game of the host country: Switzerland – Germany. At the same time, in the second arena “La Riveraine” the teams from Group C and D will face each other. Till Tuesday, 10th December, the games in the group stage will take place, among these two top games, Finland-Switzerland on Sunday, and on Monday, Sweden-Czech Republic.

After the group stage, the tournament continues as follows:

From 11th to 15th December, placement games will also be played in both arenas.

Please note that, if needed, match times and arena changes due to TV and/or spectator reasons might be made in May and September.

On 27th of February the ticket presale for the 2019 Women’s Floorball World Championship will start at 12.00 noon (CET) on www.neuchatel2019.ch. Day tickets will be available for all of the nine days. 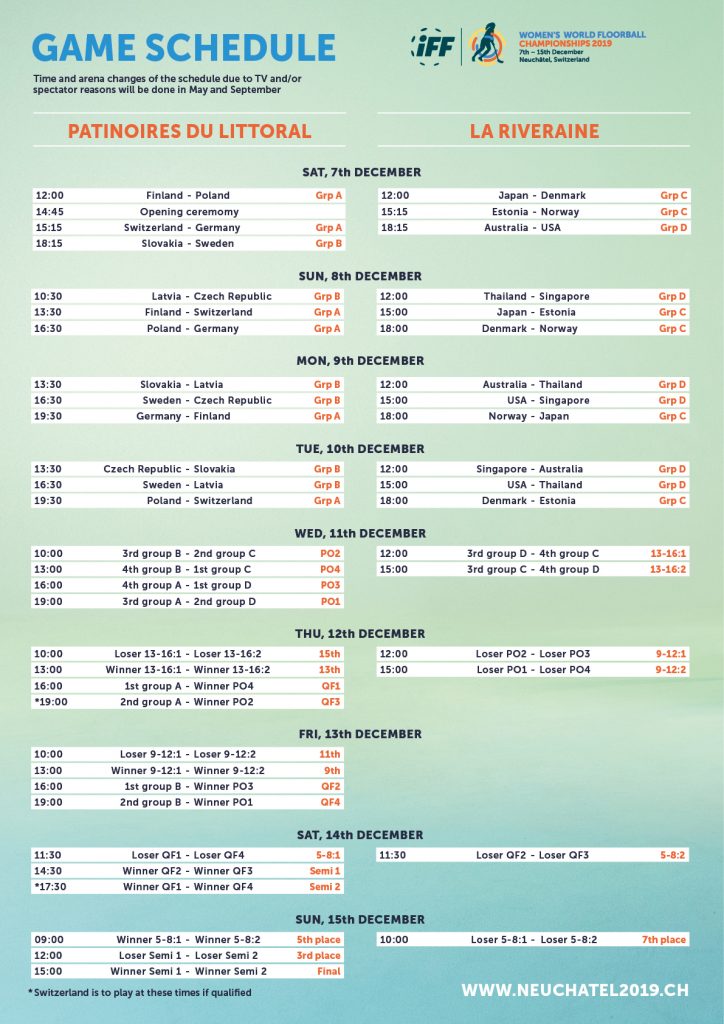