Say NO! to Doping

The aim of this campaign is to show IFF’s commitment to promoting anti-doping education and awareness as a cornerstone to the fight against doping in sport.

The goal is also to increase the awareness of floorball players in the world of the importance of playing clean, respecting the spirit of true sport and fair play. The campaign is launched in partnership with the World Anti-Doping Agency (WADA).

The campaign was first launched during the 8th Men‘s World Floorball Championships 2010 in Finland when also the Finnish Anti-Doping Agency joined the campaign. 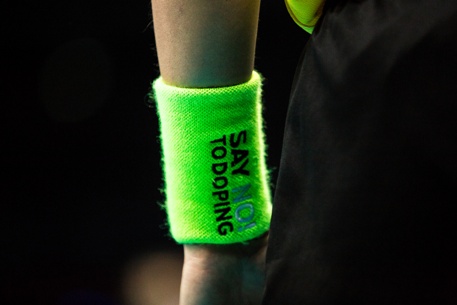 Include IFF’s Say NO! to Doping campaign in your IFF event!

The Say NO! to Doping campaign is a great opportunity to cooperate and spread the message of clean sport in a fun and interesting way as the players, spectators as well as different Anti-doping organisations are involved in promoting clean and fair sport.

IFF’s Say NO! to Doping campaign can be launched in Events together with many other campaigns, for example athlete outreach, athlete‘s health programs, training programs, national anti-doping programs etc. Should there be interest in this campaign from IFF Event organisers, please do not hesitate to contact the IFF Office (antidoping(at)floorball.org).

Why the green ball?

The green colour come from the WADA logo that is described as follows: The colour green evokes health and nature and the field of play. The “play true” tag line encapsulates WADA’s core values and is intended as a guiding principle for all athletes at every level of competition.