Lukáš Procházka will take over the Czech women’s national team and will lead the national team for the first time at the camp in May. The successful extra-league coach replaced the current coach Sascha Rhyner. “My goal is, of course, medals. I want to reach the World Championships finals. There is potential for that here,” the new coach does not hide his goals.

Procházka tried training for the first time in Sparta, where he started helping with the second-league women’s selection. In 2003, he played the final series against Liberec with Děkanka, and then the last coaching move came to Chodov, where he was at the beginning of the women’s team. He led both the women’s and men’s teams for a while, but due to the great demands, he focused only on the men and coached them in the highest competition for six years. In addition, he coached the men’s academic team, with which he won silver at the 2008 World University Floorball Championship. In 2016, he returned to the bench of the Chodov women’s team, which, after Michaela Marešová’s departure to Tatran, took over as head coach before the 2019/20 season. Last year, after a significant outflow of experienced floorball players abroad, he built a practically new team consisting mainly of young and talented players. He went through the season smoothly and was also very close to winning the Superfinal.

The change on the women’s national team bench comes after the World Championship in Uppsala, where the Czechs finished in fourth place. “We dealt with the situation regarding the management of the women’s national team in great detail. Sascha Rhyner had our confidence after the 2019 WC, and at that time, he was given the opportunity to continue with the team despite the failure. After the current championship, which was not only without a medal but above all unsuccessful in terms of performance, we decided not to extend the contract with him,” explained the change, which was approved by the Executive Committee, Chairman of the National Commission Václav Culka. “On behalf of the entire Czech floorball management, I would like to thank Sascha for the great work he has done for the women’s national team and wish him good luck in the future,” said Czech Floorball President Daniel Novák. 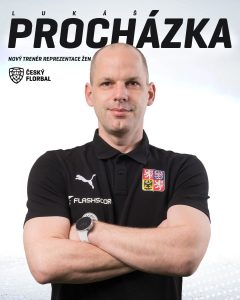 Oscar Lundin is currently fighting for the championship title as head coach of the men’s team Storveta in the Swedish league SSL. In the next few years he will play for World Cup medals with the Swiss women’s senior national team. With Lundin, swiss unihockey was able to hire an experienced successor to Rolf Kern, who is now working as an assistant coach at the men’s national team. “We were looking for a coach who had international experience, who had experience at the highest possible level and who had experience in women’s floorball. And Oscar Lundin brings it all with him. That’s why he was one of our top candidates. We are very happy that we were able to hire him,” says Remo Manser, responsible for national teams at swiss unihockey.

Lundin has been the assistant coach of the Swiss women U19 for two and a half years. He therefore knows the younger players well and knows which new generation of A-players is waiting for him. He has also been working as a skills coach for swiss unihockey for some time. “He has one of his greatest strengths in the individual training of players,” says Manser. And adds: “He is a very passionate, emotional guy. He will certainly bring a lot of energy to the staff and the team.”

The Swede signed a four-year contract. The contract was thus drawn up for two World Cup campaigns. “We want the new coach to have the appropriate time to build something sustainable,” said Manser.

At the beginning of May, Oscar Lundin will meet the players for the first time in Schaffhausen and launch the new World Cup campaign. Scouting has already started during the playoffs.

Kari Koskelainen will stay with the team as assistant coach. Koskelainen has developed into a very important member of the staff under Rolf Kern and has been signed for another campaign. Who will take Jonas Grunder’s place as the second assistant trainer will be decided these days. Goalie coach Gianni Ruschetti will also be a newcomer. He succeeds Jakob Lieske. 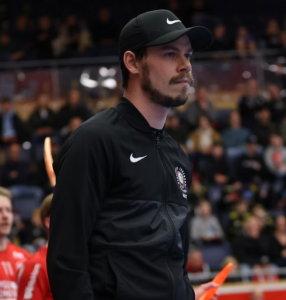