Submission of IFF Strategy 2021-2032 for second commentary round

The IFF Strategy Task Force (STF) has continued the strategy work after that the fifth STF meeting held over Teams on the 24th of August. IFF has received feedback from around 35 different stakeholders to the first submission of the IFF Strategy 2021-2032. In addition, the STF has also conducted an online survey of the importance Targets and the KPI’s and the Targets in the current version of the Strategy have been ranked and organised based on this survey feedback. 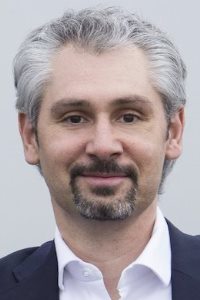 – At this stage we would like to thank all our partners and stakeholders for taking the time to provide us with their valuable input. The Strategy Task Force has gone through the feedback and has done its best to take the stakeholders opinions into consideration. In addition, we have been faced with a completely new situation, with the current pandemic, which can effect sports also in the long-run, and the STF has done some changes to the IFF Strategy reflecting this as well, says IFF Vice President and IFF Strategy Task Force member Filip Suman.

IFF asks for feedback for the second commentary round

The aim with the strategy process is to create a more operational strategy for the period 2021 – 2032. The focus is on setting the future direction for the IFF and to specify the main objectives in order to grow and develop the sport on the local, national and international level.

IFF will launch a communication and fan engagement platform

Singapore and Australia qualify for the Men's U19 WFC 2023!