We are now down to just under 20 days until the first Floorball match will be played at the 2022 World Games. The next team in our countdown that will take part this July in Birmingham, Alabama are Latvia!

Latvia are making their official World Games debut as they did not compete in Wrocław, in 2017. They did however take part in the 1997 World Games event in Lahti, Finland in which floorball was an invitational sport and therefore not official, in which they finished 4th. They qualified for the 2022 World Games by finishing 5th at the 2020 World Championships in Helsinki, beating Norway 4-2 for the 5th position and therefore qualifying for the World Games. They came through the group stage with a draw against Denmark (5-5) and two losses against the top two ranked nations in the world (11-1 to Sweden and 7-2 to Finland). This put Latvia in the playoff bracket to get to the quarter finals. During their playoff round they faced fellow World Games opponents, Canada, controlling the match to come out as 16-3 victors. Victory put Latvia into the quarterfinals, where they would face a strong Czech team, falling to them 9-1. Facing Slovakia knowing a win would keep their chances of qualifying for the World Games alive, Latvia came out strong and produced a great performance to beat the Slovaks and head to the 5th place playoff match against Norway. The 5th place game against Norway was tight but a powerplay goal less than 2 minutes before the end of the 3rd period pushed Latvia to the 4-2 victory. Latvia have been strong in recent World Championships despite their small size as a nation, finishing 5th in 3 of the last 4 Men’s World Championships. 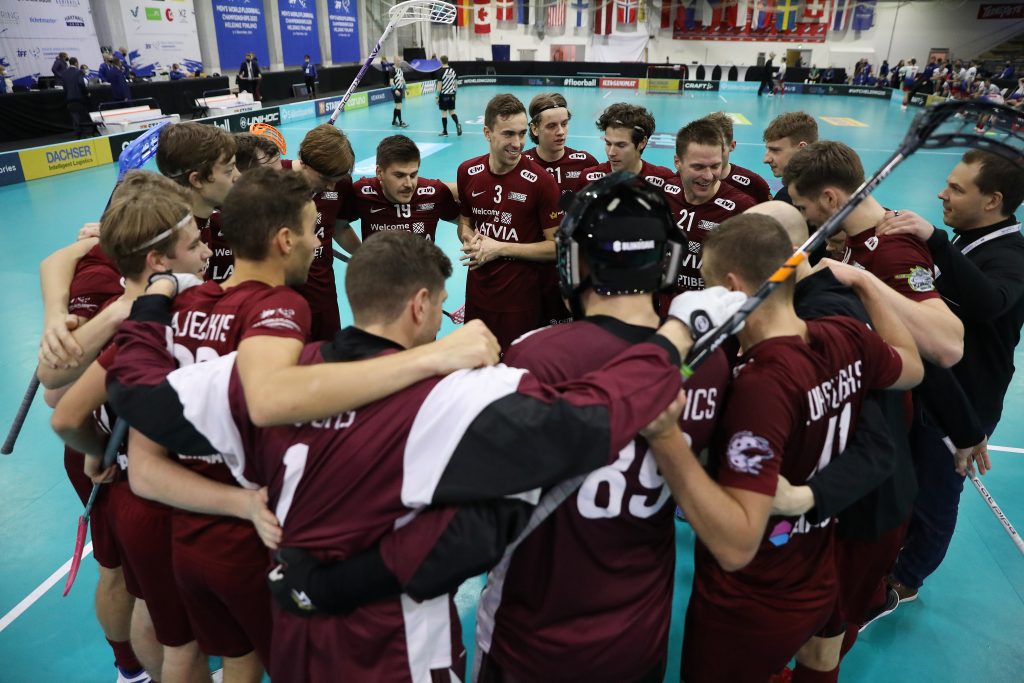 Latvia recently competed at the Men’s WFCQ 2022 EUR1 event in Valmiera, Latvia for qualification to the 2022 World Championships in November. This event not only helped the team develop tactics, gameplans and team cohesion but was also a good barometer to put them up against other strong European teams. Latvia won their group by beating Ukraine 22-0, Denmark 7-5 and Iceland 9-3 making them group winners and automatically qualifying for the World Championships as top 3 in their qualifying group. They faced off against World Championships silver medalists, Finland in the EUR1 final losing 5-3 in a tight game. Latvia have shown that they are the a strong, solid floorball nation, one of the best in the world who on their day can really push the “top 4” nations.

Expectations for Latvia at these World games will be mixed due to the high skill level of the two European teams in their group, Switzerland and Sweden. Their other opponents are Thailand, recent winners of the AOFC qualifying event and who will also pose a strong test. Latvia therefore will be aiming for 5th place with an upset against Switzerland also a possibility, which could help propel them to their first ever medal in an international floorball tournament. Read more on the competition in Birmingham this July here. 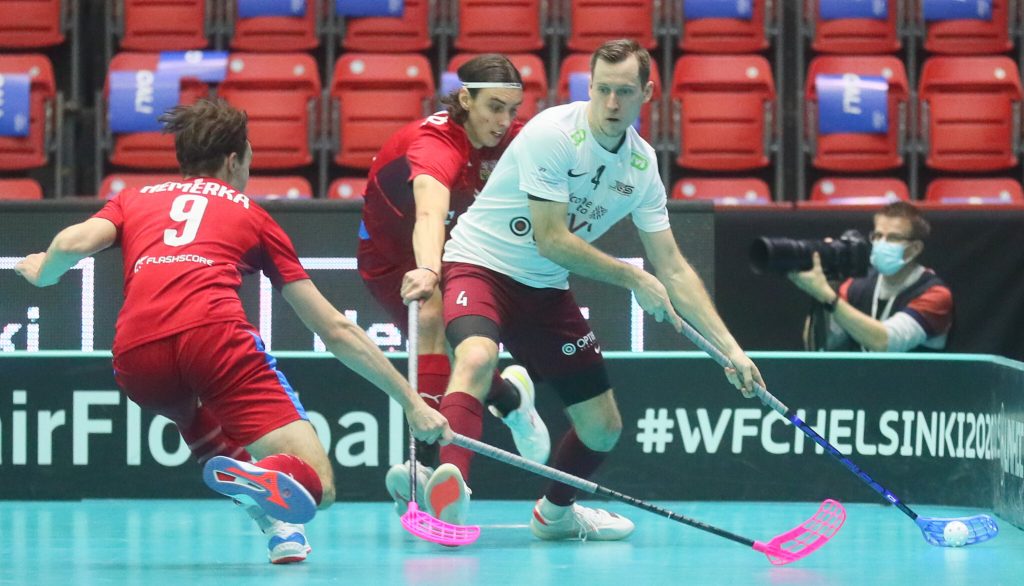 Morics Krumins is one of the main players on Team Latvia having represented them at the previous five World Championships in 2012, 2014, 2016, 2018 and 2020! He is a strong, tough defender who is a leader on the team with his experience and talent. Still only 29 years of age he has not only helped mentor young players come through but also lead by example with his extremely high playing level. Watch the interview by Adam Troy with Morics Krumins of the Latvian team, as part of our series of interviews on the road to the World Games to hear more about his Floorball background and hopes for the upcoming World Games tournament.

How well will Latvia do at the World Games in Alabama? Only time will tell, but they are an experienced, hungry squad looking to make an upset and even push for the first floorball medal in their history. They will hope to provide an upset in the group stages and at least be the best performing team outside of the “top 4” European nations (Sweden, Finland, Czech Republic and Switzerland). Check out the team list for Latvia at the World Games here.