We are now down to just 30 days until the first Floorball match will be played at the 2022 World Games. The next team in our countdown that will take part this July in Birmingham, Alabama are the representative from the AOFC region, Thailand!

Thailand are making their World Games debut as they did not compete in Wrocław, in 2017. At Birmingham they will also be the first team from the AOFC region to play Floorball at the World Games, earning this privilege during the World Championships in Helsinki last December. They came through the group stage with a win against the USA (9-3) and two losses against European opponents (6-8 to Poland and 15-2 to Slovakia). This put Thailand in the playoff bracket for places 13-16. During their first 13-16 playoff round they faced fellow AOFC opponents, Singapore controlling the match to come out as 11-6 victors. This victory put Thailand into the match for 13th position, where they would face new rivals Philippines. Both teams had players based in Sweden in their teams and the matches are very tight between the two. Regular time could not split the two as it ended 8-8, with overtime not producing a winner either. A shootout was therefore needed to decide who would get 13th position at the World Championships and a place at the World Games as the best team from the AOFC region. The shootout was very tense and nervy with a number of missed shots and good stops by both goalkeepers. It was Thailand however who held on to their lead in the shootout to come out victorious and book their trip to the World Games in Birmingham, Alabama this July. 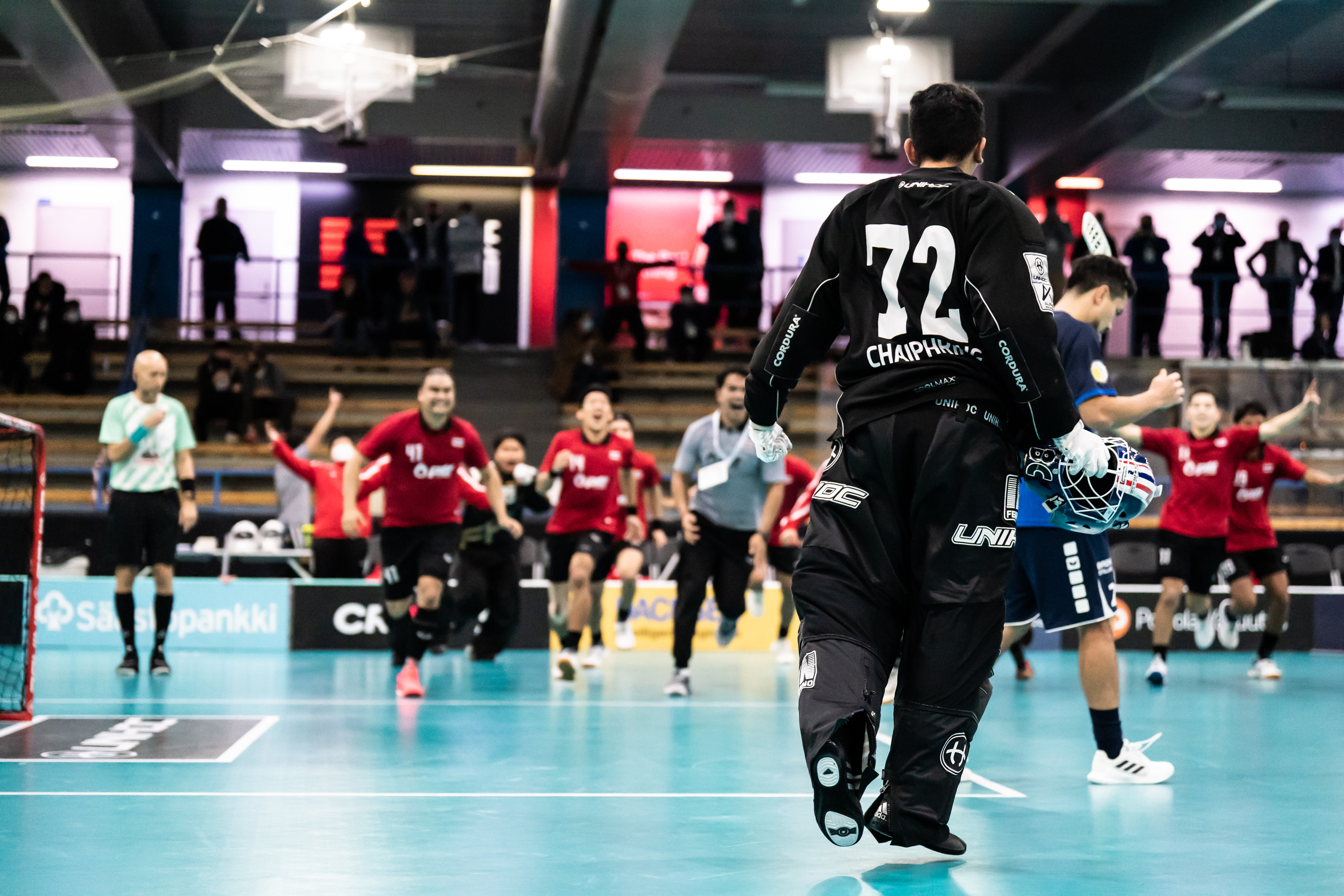 Thailand recently competed at the Men’s WFCQ 2022 AOFC event in Singapore for qualification to the World Championships in November 2022. This event not only helped the team develop tactics, gameplans and team cohesion but was also a good barometer to put them up against other AOFC teams. Thailand won their group stage by beating New Zealand 10-1, Malaysia 11-2 and Singapore 9-1 (which was an improvement on their 11-6 win over Singapore in the WFC 2020) making them group winners and qualifying for the World Championships. They faced off against Philippines in the AOFC WFCQ final beating them 6-4, making it the third victory in a row for Thailand over Philippines. Thailand have shown in recent competitions that they are the best team in the AOFC and will be looking to represent themselves and the region as best as they can at The World Games this July.

Expectations for Thailand at these World games will be modest due to the high skill level of the European teams meaning their main competition will the two AMER teams. Thailand are in a tough group with defending World Games and 2020 World Champions Sweden, World Games defending silver medalists Switzerland and a strong Latvian side who finished 5th at the 2020 World Championships. Read more on the competition this July here. 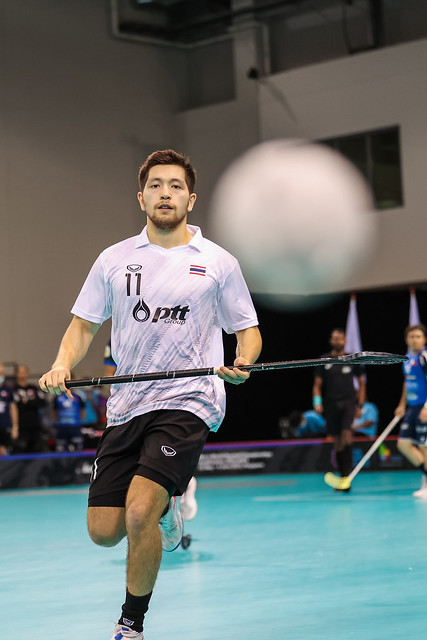 Alexander Rinefalk is one of the main players on Team Thailand having represented them at the previous three World Championships in 2016, 2018 and 2020. He has registered an amazing 50 points in 14 matches in men’s World Championship qualifying over 3 competitions. Still only 24 years of age he is not only an important , strong part of the current team but will also be a key part of team Thailand in the upcoming years. Watch the interview by Adam Troy with Alexander Rinefalk of the Thai team, as part of our series of interviews on the road to the World Games to hear more about his Floorball background and hopes for the upcoming World Games tournament.

How well will Thailand do at the World Games in Alabama? Only time will tell, but they are a squad consisting of young talent mixed with leadership and experience. They will hope to provide a big upset in the group stages and at least be the best performing team outside of the European team with an experienced and proven squad looking to cement their status as the best team outside of Europe. Check out the team list for Thailand at the World Games here.