The IFF joins the Race to Zero network

The IFF has sustainability rooted in its strategy and as part of the environmental effort has, following the example of many other UN Sports for Climate Action (S4CA) signatories, also joined the Race to Zero network. The IFF Central Board approved the proposal to sign the Letter of Commitment in its meeting in November.

At the time the IFF joined S4CA in late 2019 it was a commitment to that single network and targets. Nowadays by signing up to Sports for Climate Action targets, sport signatories also join Race to Zero.
As S4CA is a network of sports organisations Race To Zero is a global campaign to rally leadership and support from businesses, cities, regions, universities and investors for a healthy, resilient, zero carbon recovery that prevents future threats, creates decent jobs and unlocks inclusive, sustainable growth. All Race to Zero Partners are committed to the same overarching goal: halving emissions by 2030 and achieving net zero emissions as soon as possible.

The previous chapter describes high goals but reaching them is obviously easier said than done. By the commitment to these networks the IFF is to report its CO2 emissions to be able to track the results of its environmental sustainability actions. According to the Greenhouse Gas (GHG) Protocol Standard there are three scopes 1, 2 and 3 to be measured  (see picture). 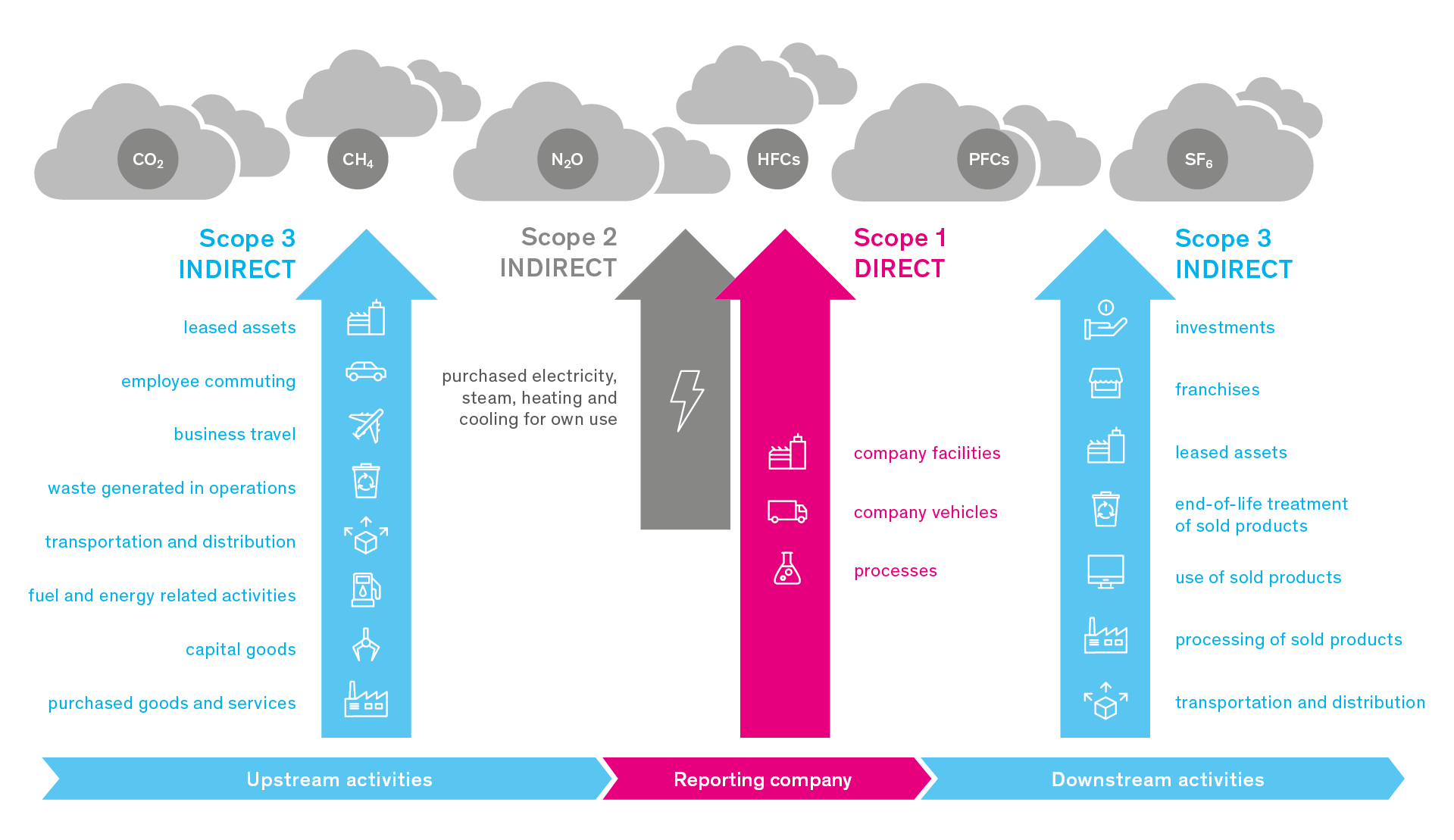 In the end of 2021, IFF partner myclimate, finalised a report which presents the CO2 output of the IFF office. The report, which was produced with the help of the myclimate smart3 tool takes into account the emissions produced by the IFF staff in their work and travel (mainly scope 1 and 2, except commuting and business travel from scope 3). The result shows a total carbon footprint of 72.9 tonnes, out which 80% are from business travel. This result acts as the baseline for future reports.

It is clear that a large proportion of emissions are created when major IFF events take place, which fall under scope 3 and are not covered by the report. The bigger the event, the more emissions are due to more travel, transport, accommodation, material and hospitality. The LOC of the World Floorball Championships 2022 took on the challenge and together with myclimate calculated the CO2 emissions of the 2018 championships, created ambitious goals to decrease these emissions for the next tournament and eventually will compensate the unavoidable emissions to create the first ever climate-neutral World Floorball Championships. In the below video you can see how they intend to reach their goal, named the #GreenGoal.

To secure that future IFF events will be aligned with its sustainability targets it has also introduced this into its event host bidding process. Applicants need to describe in which way they include environmental, social and economic elements in the execution of the event which carry an overall weight of roughly 15% in the evaluation process.