A pilot phase of the project was carried out during May showing floorball and powerchair hockey to more than 200 students in four different cities. The objective of the project is to involve 70 schools all over Italy. Through the project floorball is for the first time introduced in the school in both its forms, on foot and in powerchair, in a co-ordinated manner appearing on the official portal of the Ministry of Education and hence available in all Italy. 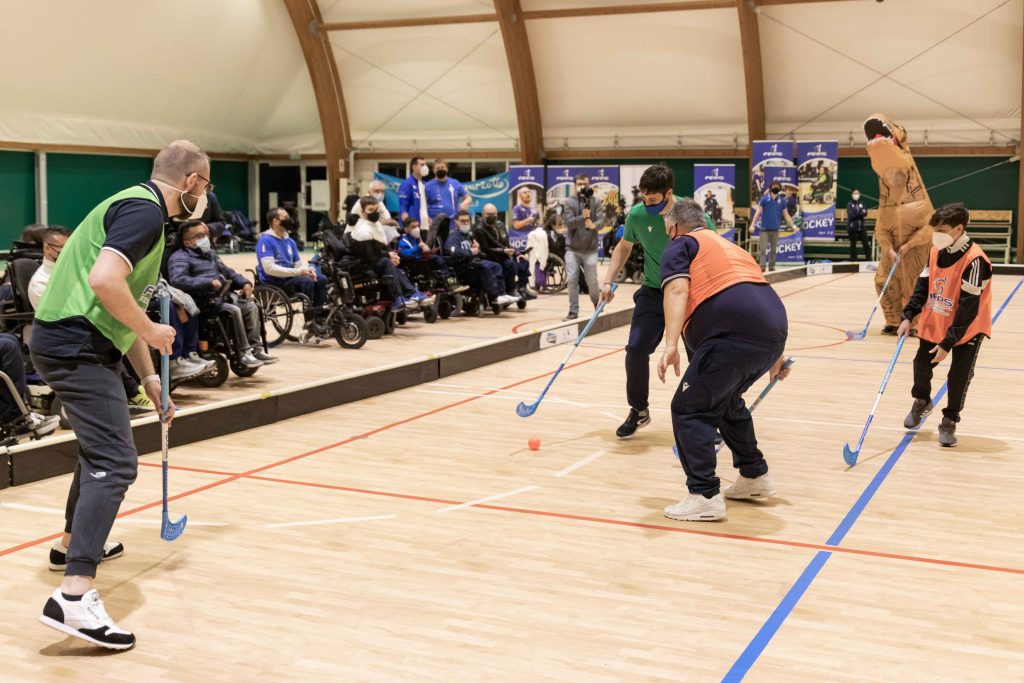 The press conference was organised on Wednesday 16th of June. Paola Deiana from the Ministry of Education and Luca Pancalli, President of the Italian Paralympic Comittee participated in the conference via video call. During the press conference Andrea Piccillo, President of FIPPS, highlighted the importance of working together and how playing floorball will stimulate integration while having fun.

Marco Rasconi, President of UILDM, pointed out that this project will be an opportunity to show future generations that “nothing is impossible, together everything can be done” and that differences are not to be hidden, but something that can enrichen all participants as students, as athletes and above all as human beings.

The President of FIUF, Giorgio Rambaldi, said that bringing floorball, a dynamic, safe and inclusive sport, to the schools will help young people to make new experiences and discover the true values of sport.

The video introducing the project can be seen here.

Michelle Wiki, Tanja Stella and Chiara Gredig are on the way to Swedish Sirius IBK

Summer time - ready for a challenge?