As expected, Covid-19 pandemic has impacted the IFF Member Associations statistics and lowered the overall floorball registered players number by seven percent. Among TOP 10 ranked countries, the biggest drop was noticed in Finland where the number showed decrease by 20% comparing to 2019. 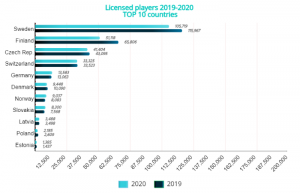 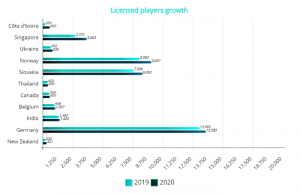 Today, there are 74 330 registered female players across 74 nations within IFF Member Associations where 69 237 players are registered in the top 30 countries ranked by the IFF. However, 80 percent (55 535) of those players are from Sweden, Finland, Switzerland and Czech Republic.

More data on the Member’s statistics can be found here.