Jarno Ihme was elected to the IFF Athletes’ Commission in 2020. Ihme has played in the Finnish national team and he has continued his floorball career by coaching the Finnish Men’s U19 national team. According to Ihme, the decision to move to coaching was not a big step, since he was working as a coach already during his playing career. As a coach he likes to ask players lots of questions and teach them to think for themselves.

After you decided to end your playing career what made you decide about moving to coaching?

– I have been working as a coach also when I was playing. I have been goalie coach in the summer camps of Finnish Floorball Federation for talented young floorball players during years 2005-2010. I am also Master of Sport Sciences from University of Jyväskylä and working as a physical education teacher in Seinäjoki high school. Big part of my work is coaching 16- to 19-year-old floorball players in a morning practises three times a week. So I think I haven’t really decided to move from playing to coaching. Sport and floorball has always been a big part of my life and it was only small step to start coaching after playing career.

You are currently the goalie coach of the Men’s U19 team, how does coaching goalies differ from coaching field players?

– I was asked to be part of Men’s U19 national team two years ago. I think I have much to give to young goalies. They are all individual athletes in the team and they all have their own goalie style. I can speak with them and teach how the game is different in B juniors than in international games. I like to ask players lots of questions and teach them to think for themselves. It’s nice to be part of U19 coaching staff. All our coaches are professionals and I have learned a lot myself during this period in the national team. 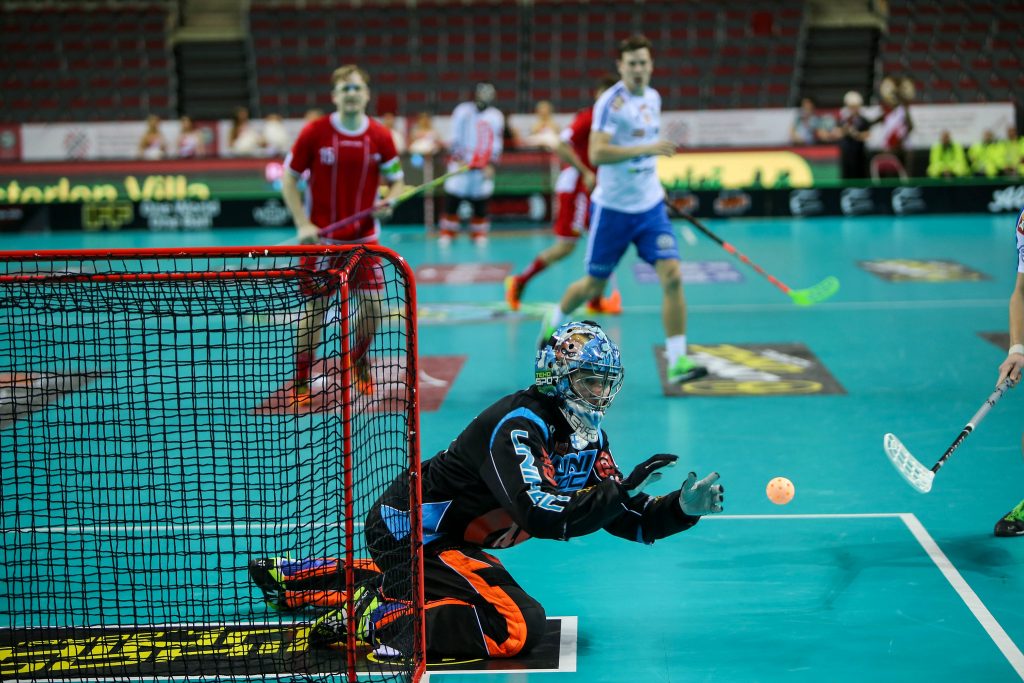 The Covid-19 times have changed many aspects of sports, how has that effected your life and the MU19 team’s preparations?

– Corona has changed many things. We haven’t been able to play international games with the national team and our camps have been canceled or schedules have been changed many times. It is good that we have had many camps during last year and our players have been able to practice almost normally. Of course many games have been canceled but many of our players have been playing in the men’s teams in F-liiga or 1st Division. I hope we can play in the World Championships in the future with these guys. I think we have a good team and the whole two-year project has went well so far.

You have been a member of the IFF ATC since 2020, what questions are you particularly interested in? And how has working in the ATC been so far?

– Being a member of the IFF ATC has been great. We have been working with the new strategy and have had many discussions about floorball with various topics. The most important thing for me is to be developing top floorball. It is important that, in addition to the top four countries, we can raise the level of the countries placed 5th to 10th. I hope in the future more countries can compete for the World Championships gold medals. I consider it very important that the know-how of the four leading countries should be made better available to other countries. I think the new vision and strategy is good when it comes to the goals of top floorball.