The traditional pre-season floorball tournament, the Latvian Open 2020, took place for the 14th time at the end of August in Valmiera and Kocēni. The winners of the Men’s Elite group was FBK Valmiera for the second time in a row. The Women’s Elite tournament was won by Rubene after a three year break.

This year’s tournament brought together 25 teams, but for the first time there were no foreign teams participating, due to travel and quarantine restrictions in the world.

Eight teams played in the Men’s Elite category. FBK Valmiera beat the Latvian champion Lielvārde/FatPipe 3-0 in the final. The third place was won by the Kocēni team, Rubene.

In addition to the Elite category 11 teams played in the Men’s Open category.

Six teams played in the Women’s Elite category. The championship trophy went to the floorball players from Kocēni as team Rubene defeated FK Ķekava 2-1 in the final. The third place was won by the combined Ķekavas Bulldogs / NND team. 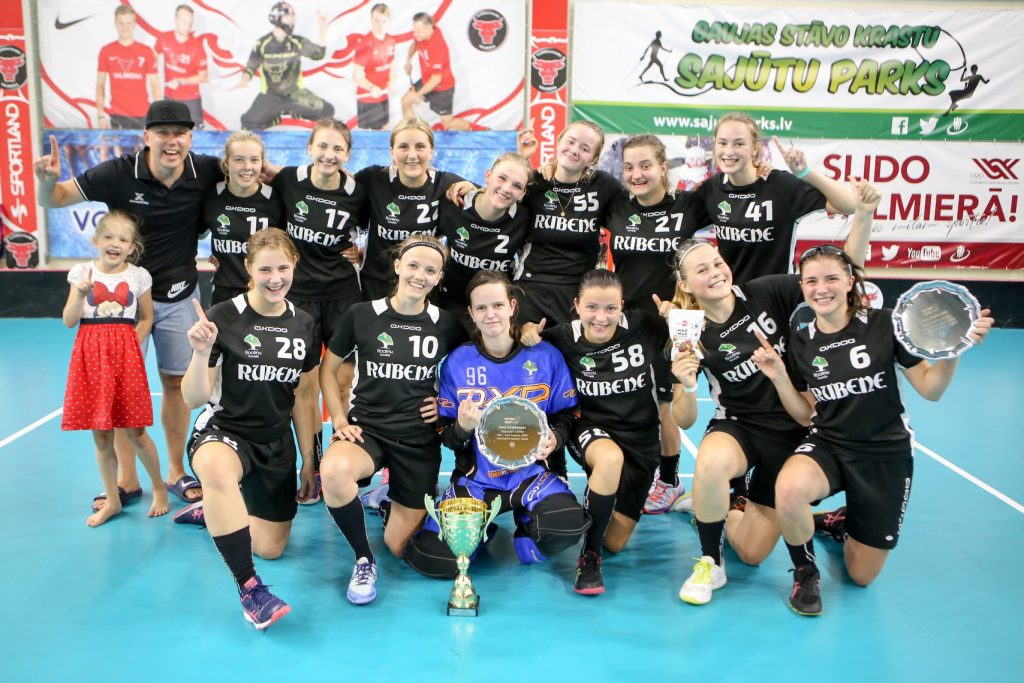 Next year, the 15th anniversary Latvian Open 2021 tournament will take place from 18 to 22 August.