After Austrian Floorball Association introduced the new safety measures for children and youth players, they published an interview with the national team player Christoph Steiner about his experiences on wearing protective goggles in floorball. Steiner represented the Austrian men’s team in the Men’s WFCQ in Liepaja, Latvia this year.

Since when have you used protective eyewear in floorball matches?

– When I started playing in 2013, I didn’t wear any. Two years later I bought myself the first pair. Since then I have been wearing those in every training and match.

What was the crucial factor in making that decision?

– I got a ball in my eye once. This experience was very painful for me but luckily it got better again. Then I thought, it could have gone the other way. My teammate also hit me in the eye in a Bundesliga match. For him it was worse than for me. He was temporarily blind and required medical treatment. This event made me wear my goggles as soon as I entered the field. In the beginning it was funny to play with those because earlier nobody had played with them in Bundesliga or in IFL (International Foorball League). Now it’s quite normal, so no one should be ashamed of it. 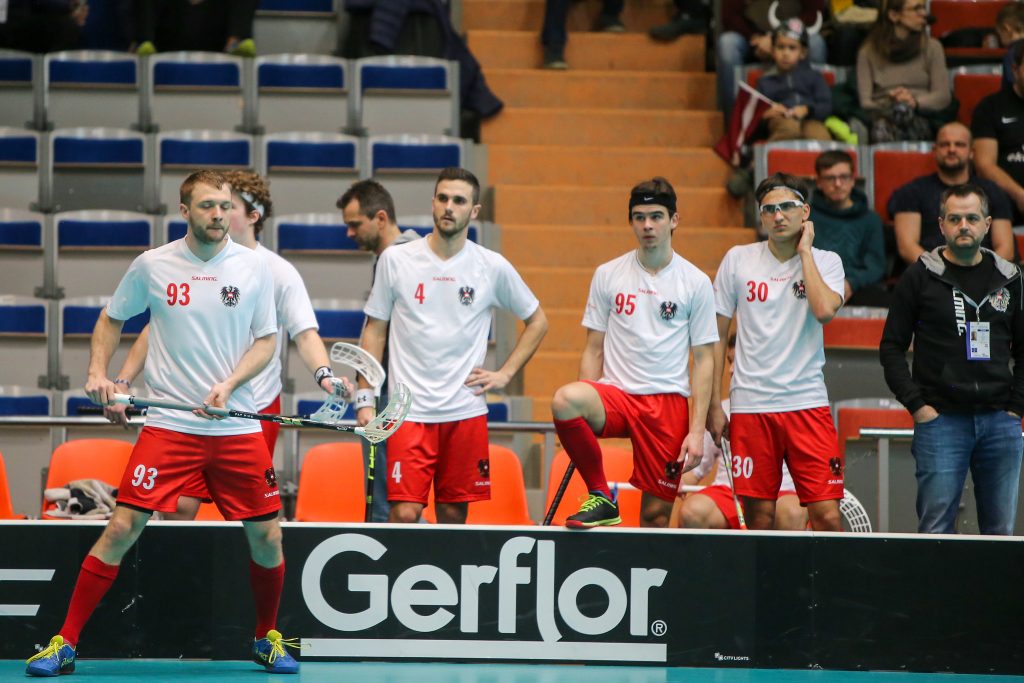 Do the goggles impair your sight?

– No, not at all. In the beginning it’s a bit unusual, but with time you won’t notice them anymore. From time to time it can happen that the glasses have stains. But there are sprays for safety glasses. It is best always to take those off for a short time when you are on the bench. Then you have a clear view for the next change.

Do you wear them also during practice?

– Yes of course, especially in training where there are more balls on the field and everyone is shooting everywhere, it’s more dangerous than in a game. I already got several balls on my goggles during training. More than three pairs of safety glasses have been ruined. If I didn’t wear goggles, it could be possible that I would no longer see so well.

– When I’m on the road with the national team and play international matches, I always see more players from other countries, who wear protective eyewear as well. In other countries like for example in Sweden and Finland, the youth players must wear goggles. In Austria there is no general rule to wear protective eyewear, so everyone has to decide by themselves. I think it’s a great idea for offspring to prescribe the goggles as mandatory. I would be happy if in the future more players would make floorball a bit safer sport by wearing goggles. Especially all youth players who are still young and full of energy should protect their healthy eyes. Because it’s not called “safety first” for no reason.