Neuchâtel hosted the IFF Women’s World Floorball Championships 2019 on 7-15 December 2019. This was the third time that the event was hosted in Switzerland and the first time that the event was organised in the French-speaking part. A new total attendance record for Women’s World Floorball Championships was set during the WFC and the event generated record media interest in both German-speaking and French-speaking parts of Switzerland.

This and more WFC 2019 data is found in the event study produced by Sportcal. The complete study is available here.

The attendance totalled 44,513 over the nine-day tournament, beating the previous Women’s WFC attendance record of 43,806 set in Brno and Ostrava in 2013. Close to 12,000 tickets were sold, contributing to a substantial part of the event revenues. Overseas spectators and accredited participants generated an estimated 7,634 bed nights in Neuchâtel and the neighbouring cantons.

The tournament was broadcast in 19 nations on TV, with live and delayed coverage generating over 277 hours of coverage and attracting an audience of 7.5 million. The live streams from Neuchâtel 2019 on IFF’s YouTube channel had over 766,080 views, while 1,309 stories were published during the tournament. A total of 166 members of accredited media covered the event.

The decision to organise the event in Neuchâtel was made in order to spread the sport to the French-speaking regions of the country:

– In the long-term, a major goal was to increase interest in the game in the French-speaking regions of the country. While the fulfilment of this objective will be assessed in the long run, media interest in both the German-speaking and French-speaking parts has never been higher in floorball, and public interest soared due to the Swiss team’s performance, according to the Swiss Floorball Association.

Other key findings from the study include: 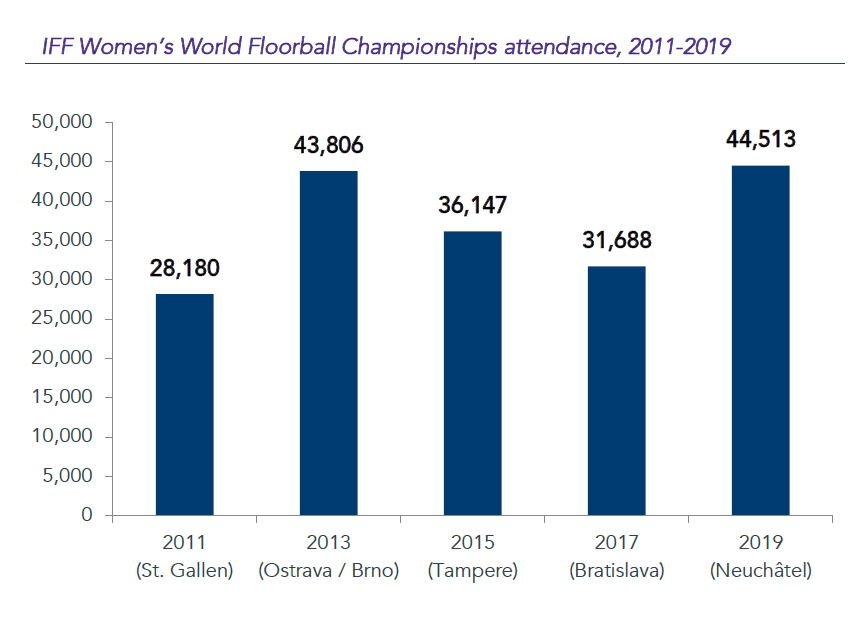 The findings from this study were compared to data from world championships in other sports, across five key indicators. A total of 39 world championships in summer Olympic sports held in 2018 and 2019 (sports featured in the programme of the Tokyo 2020 Olympic Games; women’s or mixed gender events) were identified to conduct comparative analysis. 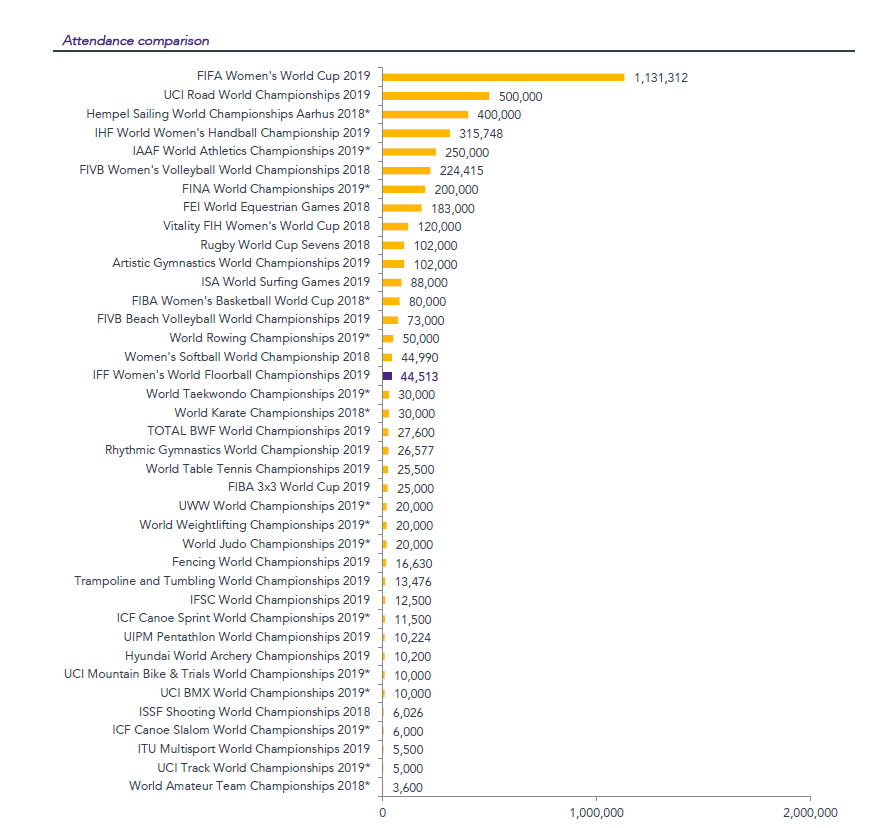