In the top four floorball nations Czech Republic, Finland, Sweden and Switzerland the Women’s top leagues kick off this week. 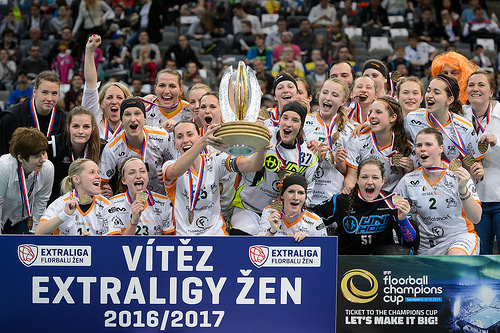 The first matches of the Czech Women’s top league, Extraliga Zen will be played this Friday.

All in all, 12 teams will play in the women’s league and 8 teams will make it to the play-offs whereas the 4 teams left below the play-off-line will face play-outs. 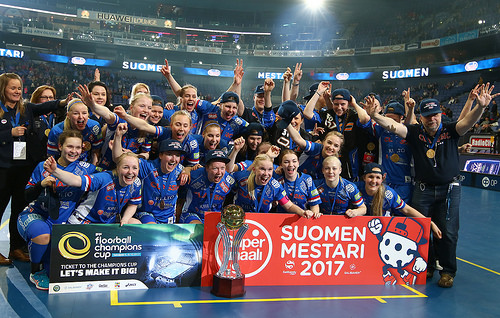 In the Finnish top league, Salibandyliiga, the first matches will all be played on Saturday.

All 10 teams in the women’s Salibandyliiga will begin their regular season on Saturday. The league is only 10 teams this season as two former league teams disbanded and first division teams were unwilling to take their place in the league. 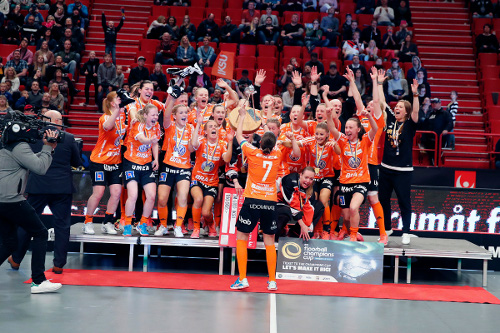 IKSU had a historical season and became Swedish Champions in the spring. Photo: Per Wiklund

In the Swedish top league, SSL, the first round in the Women’s is played this weekend. IKSU and Kais Mora IF will also play one of their fifth-round-match already on the 15th of September due to the Champions Cup participation.

All 14 teams of the women’s SSL will start their season this weekend. Out of the 14 teams, the top eight will continue to play-offs, the season ends for the next four teams and the last two teams will relegate to the lower division. 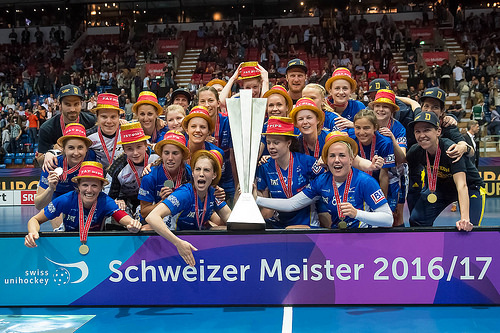 The first round of the Swiss top league, NLA, will be played on Saturday.

All 10 league teams begin their season on the same day. Eight teams will make it to the play-offs, the other two teams will play in the play-outs.