The Asian & Oceanian WFC Qualification is played the 3rd – 7th of February 2010 in the Woodlands Sport Hall in Singapore.

Singapore (ranked 15th) and the 17th ranked Japan are together with Australia (ranked 24th) the favourites to qualify to the World Championships final round in December. The three highest ranked teams are challenged by Korea (ranked 28th) and Malaysia that is now back in the WFC context.

Singapore´s aim is to win the Asian & Oceanian WFC Qualification in front of the home crowd with a team including both experienced and young players.

Singapore is relying much on the saves of their excellent goalkeeper, Abdul Khalique Arshad Sanusi # 31, who has experience from the two previous WFC B-divisions.

Mohd Kassem Hafeez  # 7 is one of the players who can make life difficult for the opponents. He has played in all the WFC B-division since 2002 and is known for his dangerous airhooks.

Team Japan will also fight to become the champion of Asia/Oceania and aims to play in the WFC Final round. Japan is the reigning Asia & Pacific champion winning all their matches in the APAC 2009.

The last lock in the Japanese defence is the goalie, Takari Nakagawa # 1. He has developed a lot during the last years and  become the first goalkeeper in team Japan.

The new captain of the Japanese team, Daisuke Watabe # 15, who played in his first WFC already in the B-division 2000, brings experience to the team and is able to build up the offensive play from his center position. 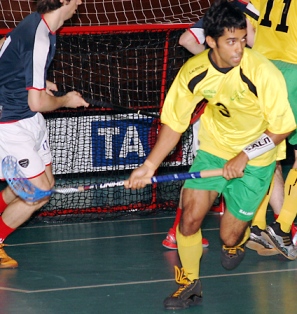 Australia lost the C-division bronze match against Canada, but was placed 2nd in the APAC 2009, losing only against Japan. Australia is rebuilding their national team with some short, medium and long term goals. The aim is to challenge all opponents in the WFC Qualifications.

Team Australia is relying much on team performance and wish to entertain the audience with the Aussie style of play. 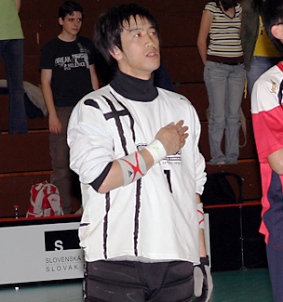 Korea will challenge the three higher ranked teams with an ambitious goal to participate in the WFC Final round in Finland. Korea was only placed 8th out of 9 team in the WFC C-division in 2008, but in the APAC 2009 Korea improved their game and was placed third in the tournament.

Malaysia has not participated in the WFC since 2004, but has played in all the APAC tournaments since 2004. In the APAC 2009 Malaysia was placed 4th out of six teams, which was Malaysia´s best placement ever.

11 of the players in the Malaysian team played in the Asia & Pacific Championships in 2009 and one player worth mentioning is Ter Mian Chiam # 4. He is a 19-year old forward that scored the 7th most points out of all teams in the APAC 2009 with 11+4.