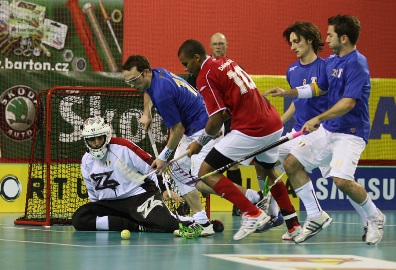 Denmark  the 9th place in a A-division battle between Italy and Denmark. After two periods the match was still 1-1. In the third period the Danish scored 4 times. Pondaco Domenico, who was chosen the best player of the Italian team, scored for Italy at 54.57 and gave still some hope for the Italian team.

The Danish defence could however keep the lead and won with 5-2. The best player from  Denmark was the goalkeeper Gaihede Alexander.