The IFF Athletes’ Commission member Tomáš Sladký participated in the 6th Jeju Island Floorball Open on 26th—28th August 2022 and wrote about his experiences in this event and the visibility floorball received in the country.

What a great floorball experience!

At the end of August I got a chance to fly to South Korea and “share” my floorball knowledge with local coaches, players and later on with other teams during Jeju Island Floorball Open. In cooperation with Korean Floorball Federation and Jeju Open organisers we arranged short floorball clinic for two different groups: Singapore Women’s U19 national team and talent-group from Jeju Open. 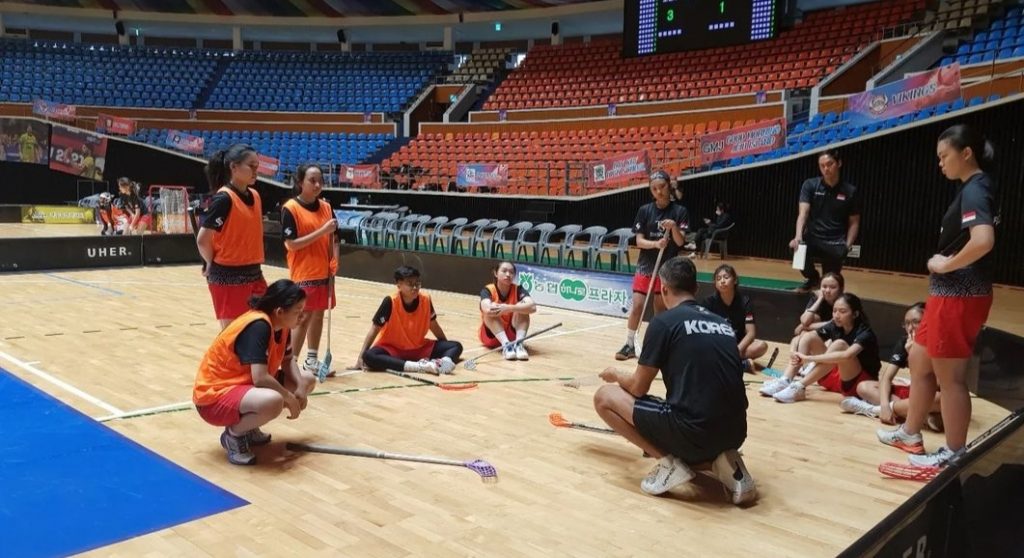 Korean TV  made 7-minute clips out of those trainings which brought a big overall impact. In addition, local newspapers and social media channels made a huge contribution for floorball visibility in Jeju.

After, one of the main parts of this adventure came up – 6th International Championship of Jeju Open! It´s great tournament for men and women at the exotic island. It is played in the huge arena in the middle of Jeju city. It was an honour to join the team of Blue Dolphins and moreover to win the tournament with this cool group of new friends! Organisation was perfect, no delays, no struggling with game system, everything was under control of tournament Jury.

In the name of the IFF Athletes’ Commission, I had a chance to meet also local and international referees and discuss differences of playing in Europe and Asia. During the whole event we talked about many different topics with local players and coaches. It was very nice to meet such enthusiastic people with big interest in overall floorball development.

Together with my colleagues Milan Garčar, Michael Blažík and Jan Eckhardt we did as much as possible to share our floorball experiences. Without Sang Hoon Lee’s consistent help we would have got lost behind the first corner.

In conclusion, I highly recommend to visit this unique place or even participate in Jeju Open.
It was a life-enriching experience which brought a lot of beneficial things for both sides.