Floorball returned to the United World Games after two postponed years with 3 junior floorball tournaments! Boys U13, U15 and U17 all took part in this international junior tournament in Austria!

The United World Games are an international youth sports event with many different sports, which is taking place every year in and around Klagenfurt. This year (June 17 – June 19) there were 13 sports with a total number of about 6000 participants from 30 different nations taking part. Since 2017, Floorball has also been a part of the United World Games and the floorball tournament was hosted by the Austrian first league club KAC Floorball.

The floorball tournament took place in two arenas in Villach (Sporthalle St. Martin and Sporthalle Lind), where the games were played in three different competitions (under-17, under-15 and under-13). In 2022 teams from Austria, Slovenia, Hungary, Switzerland and Germany took part. In addition to that, the games were refereed by refs from Austria, Slovenia and the Czech Republic. Below are each age category and the results for each group!

The final standings for the U13 were as follows: 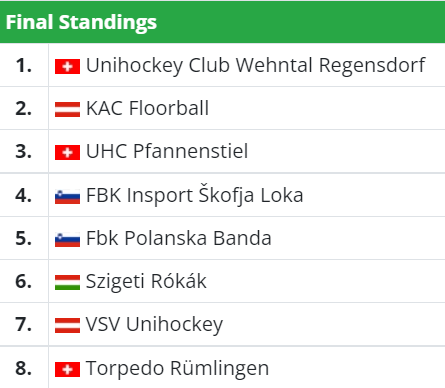 The boys U15 tournament had 3 Swiss teams, 2 Slovenian and 2 Austrian teams taking part. The winners of the U13 tournament Wehntal Regensdorf also came out victors in the U15 event beating fellow Swiss side UHC Pfannenstiel 1 in a close final 7-5 gaining revenge for their group stage loss which finished 5-2 for Pfannenstiel.

The final standings for the U15 event were as follows: 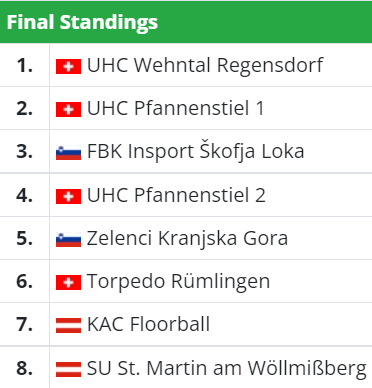 The boys U17 tournament was played with only 4 teams and therefore the competition was converted into one large group stage with the final standings all based on every game played. Each team would play each other twice therefore meaning that each team had 6 matches to play in total. The two Austrian teams went into their final match against each other, top 2 in the table, level on points, with the winner taking home the U17 title after their earlier 1-1 draw in the group stages. VSV from nearby Villach beat local team KAC 6-0 to take home the U17 title.

The final standings for the U17 event were as follows: 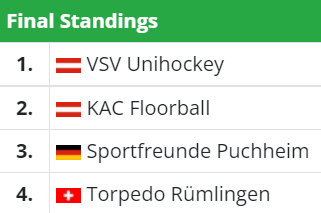 Congratulations to all involved for organising a successful, international junior floorball tournament, giving kids some invaluable experience and most importantly a great, fun time! We look forward to next year and the next edition of floorball at the United World Games! 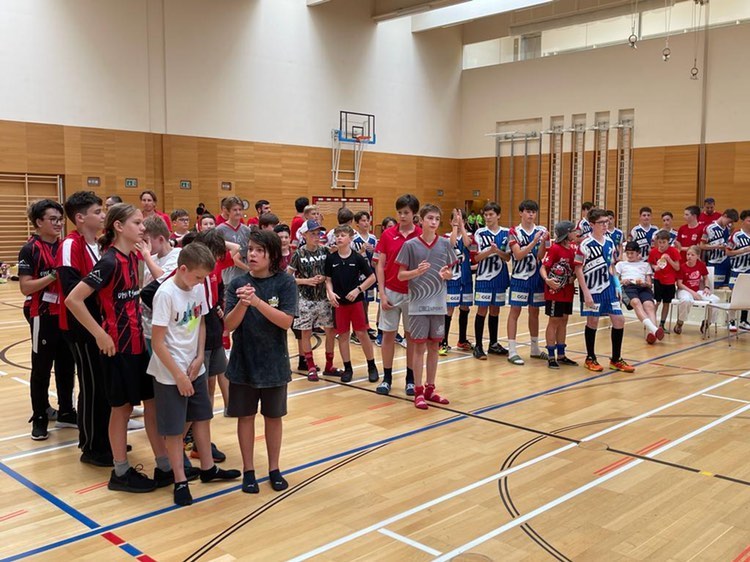 More information on the 2022 United World Games can be found at unitedworldgames.com