The Men’s World Floorball Championships Qualifications continued in Valmiera, Latvia. Today’s winners were Great Britain, Finland and Latvia. Iceland and Ukraine ended their meeting in a draw and shared the two points.

Great Britain got a great start to the match, when John Cook and Connor Swalestook them in the lead. The match still stayed even and Netherlands evened the game in the beginning of the third period. The goal was scored by Feliz Koppejan. But this time, it were Great Britain who were more hungry for the win. First Mark Jones scored the leading goal and Oliver Blixt finalised the score in an empty net. Final score 5-3 for Great Britain. 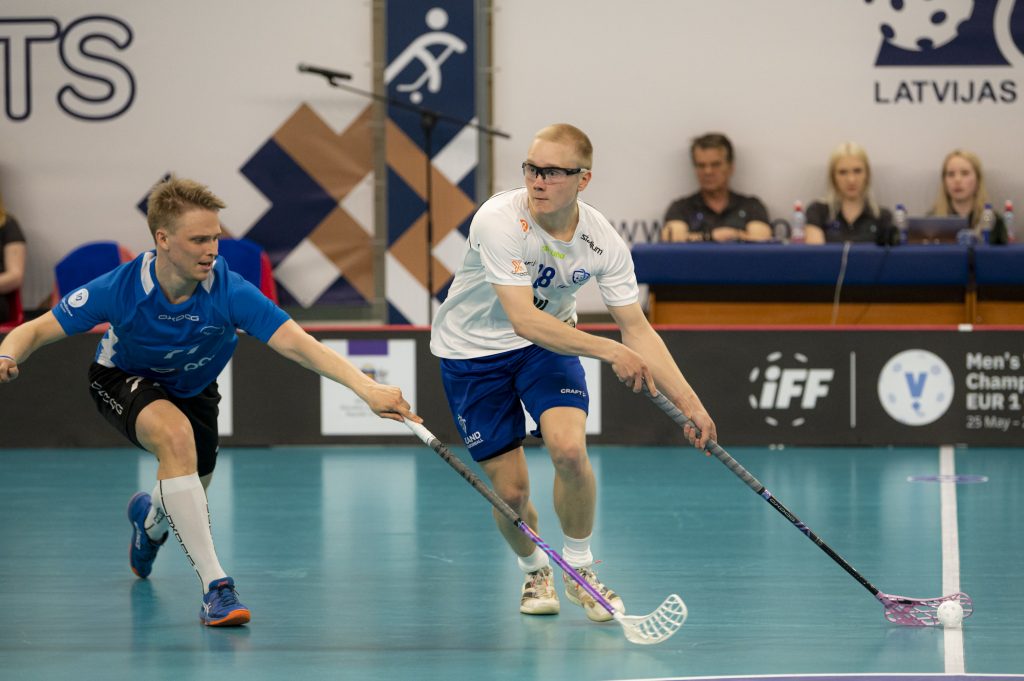 Finland started the match strong taking a 5-0 lead during the first period. But Estonia started to fight back in the second period and put their defence together. Although Estonia managed to score twice, Finland were better and are going strong and are continuing their qualification event without defeats. Jere Niemelä (FIN) scored his first goal in the men’s national team. Final score 7-2 for Finland. 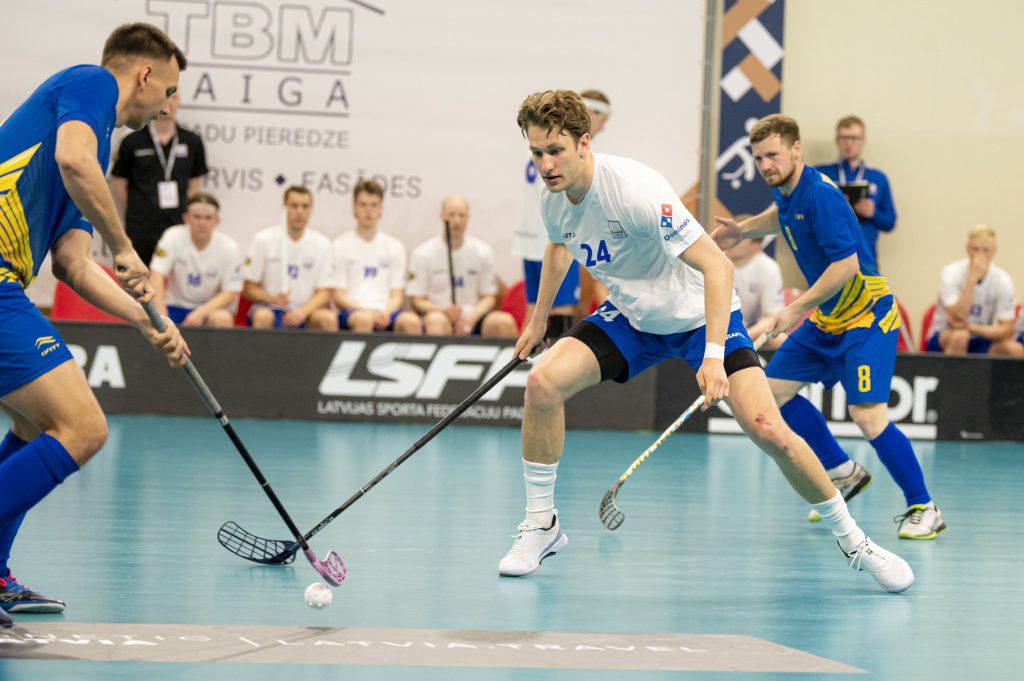 The match between Ukraine and Iceland ended up being the tighest match of the day and a very entertaining one as well! Ukraine had again many loud supporters on the stands and it was not clear that the match was held in the afternoon. The teams were scoring one after another and the match stayed very even until Ukraine took a three-goal lead: first Rostyslav Kulynych, then Mykhailo Pryima on powerplay and Oleksandr Nikulin with a short-handed goal. But Iceland made a huge comeback and score two last goals without a goalie. Oliver Kimland scored the equaliser two seconds before the end of the match. Hannes Nygren from Team Iceland was the top scorer of the match with four goals and an assist. The match ended in a 8-8 draw. 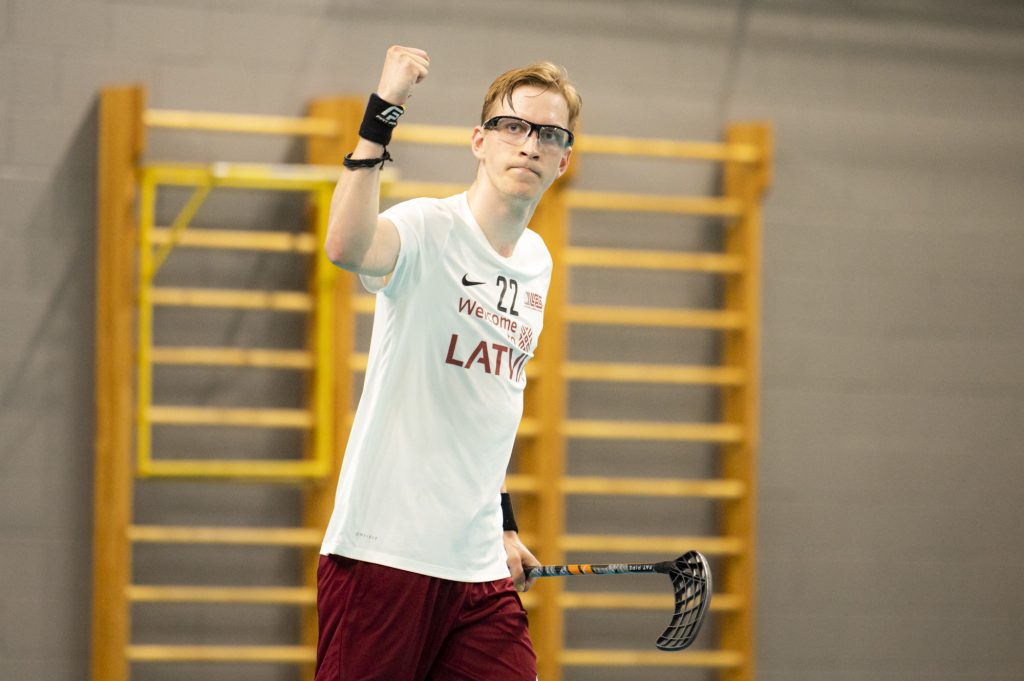 Denmark got a great start for the match when first Mathias Glassscored and then Kalle Tamminenstole the ball from Latvian defence and did a stunning solo goal. After a shocking start, Latvia got a time-out and that fixed their game, at least for the first period. Then it was time for the Danish players to shine. At their best moment, Denmark were in a 5-2 lead but the match did not bring them the desired result. Latvia scored one goal on powerplay (Morics Krumins) and two from penalty shots (Rolands Kovalevskis and Peteris Trekse). Trekse was the player of the match with a hat-trick (the audience threw some hats on the court as well).