Finland and Great Britain met for the first time in an international match. Finland started as strong as expected, leading 3-0 after less than nine minutes. But then it was Connor Swales from Great Britain who socred. This goal ended up being the only goal for the GBR, as the debutants of Finland got it going their way. Albert Koskinen scored a total of five goals in his first match with the men’s national team. In the end, clear 24-1 win for the white and blue. 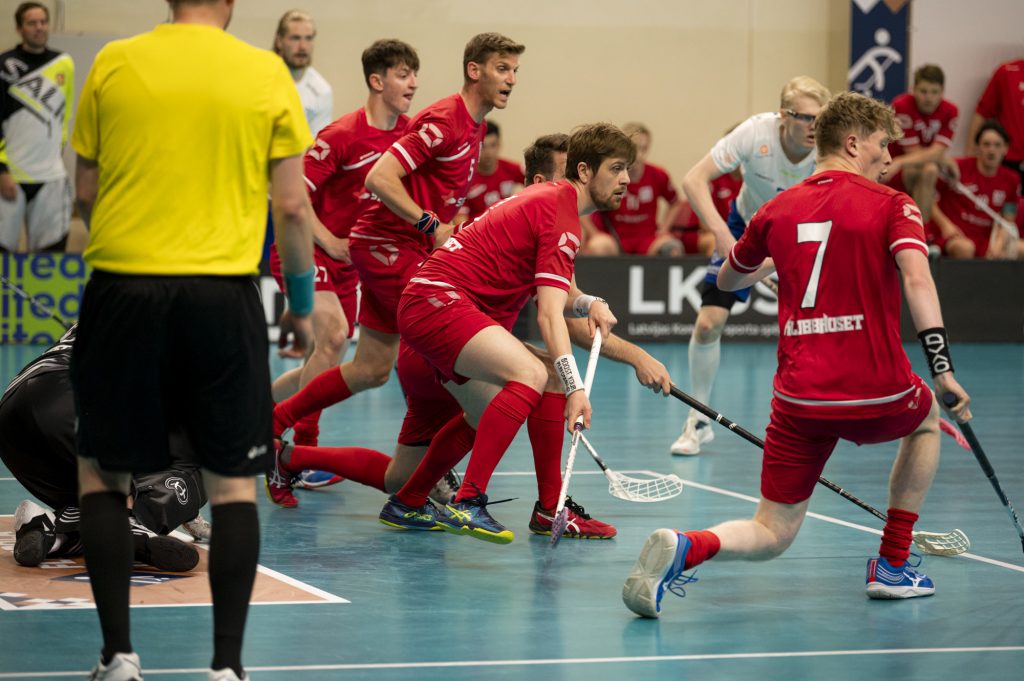 This was the tightest match of the day. Rasmus Randoja scored his first goal in the Estonian national team and celebrated it accordingly. Netherlands managed to score twice in the final period and got closer to Estonia, also thanks to the 2+2 penalty taken by Gerdo Unga. The Dutch goalie Arvid Vonk was in his element, with some super saves but that was not enough this time. Estonia took home their first victory in the event with 4-2 result. 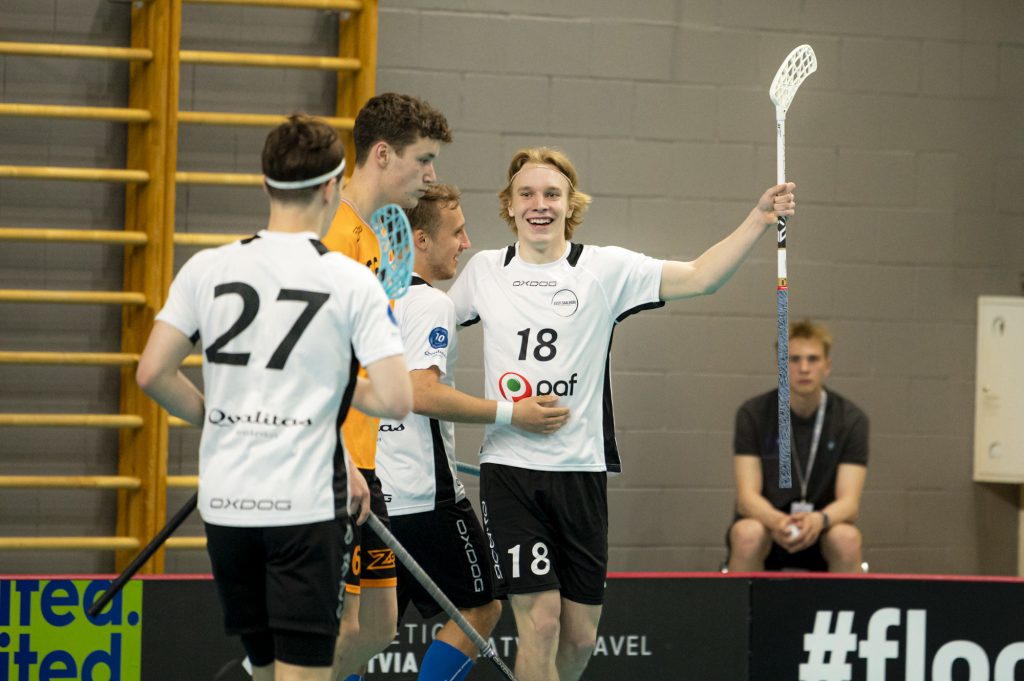 The Nordic clash seemed to be very even based on the first period, but that impression did not last until end of the match. It was time for the Danish team to shine in the second period. Mathias Glass was the man of the match with four goals. Final score 8-2 for Denmark. 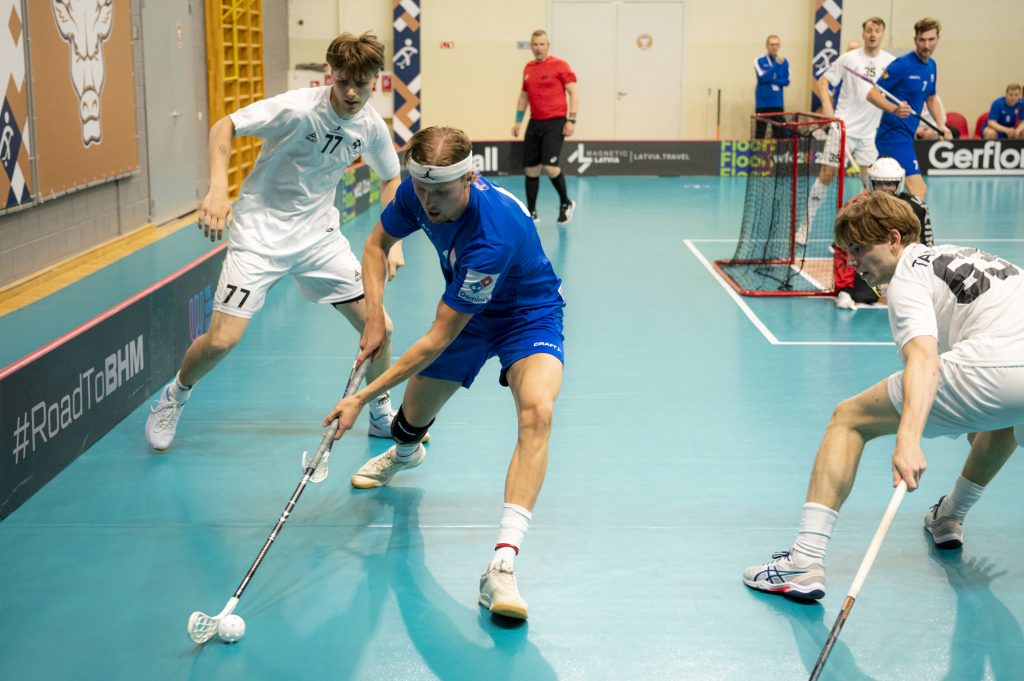 The hosts could open their tournament in front of their home crowd in the evening match against Ukraine. The atmosphere was excellent as both teams had very loud supporters in the audience. But it were the Latvian who controlled the game from the start until the end. Daniels Janis Anis and Gustavs Griezitisscored their first goals in the men’s national team. Final score 22-0 for the home team Latvia.