On Monday 3rd of May, the Finnish national team player Krister Savonen announced that his floorball career is over.

During the past season, Krister Savonen represented Classic in the Finnish F-liiga but his season was cut short last autumn. Savonen suffered a concussion and had to focus on recovery. It was his sixth concussion in total and second during year 2021. Savonen also had to miss the home World Floorball Championships in Helsinki, since his recovery was still on-going. The concussion has also brought other symptoms to this top defender and Savonen has told about experiencing depression and anxiety.

In December Savonen informed that he will no longer play this season and that he will take some distance from floorball. After Classic won the championship title on Monday, Savonen took it to Instagram and announced the news one day later: 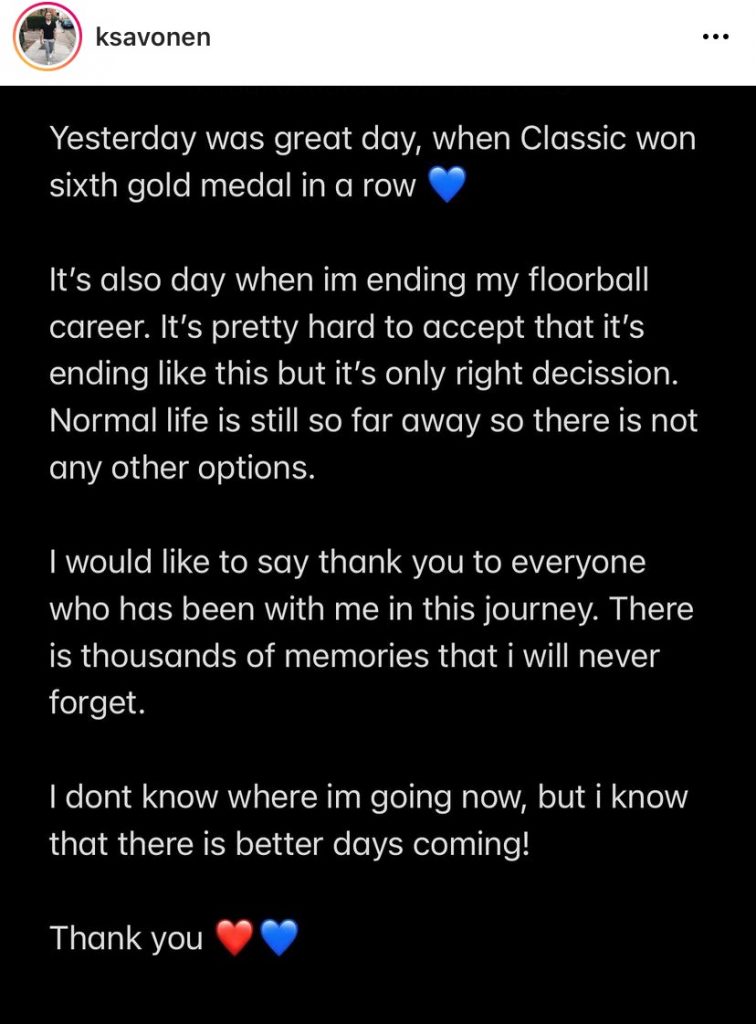 Savonen is known as one of the best defenders not only in Finland but also internationally. Savonen has represented Finland twice at the Men’s World Floorball Championships, having won two WFC gold medals with the national team. Savonen has also gold from the U19 WFC in 2011 and bronze from U19 WFC in 2013. He also played at The World Games in 2017, when Finland took home the bronze medals. In total, Savonen has played 50 matches in the Finnish national team gathering 32 points (16 goals and 16 assists).

Savonen has always represented Classic in the Finnish highest league and he has won five championship titles with the team and silver in 2014 and bronze in 2013. He has also played in the highest league in Switzerland with SV Wiler-Ersigen.