With only 70 days to go to the first Floorball match being played at the 2022 World Games, we will be looking at the next team in our countdown that will take part this July in Birmingham, Alabama; The USA!

The USA achieved 5th position at the previous World Games in Wrocław, in 2017, losing to Switzerland and the Sweden in the group stages before coming back to beat hosts Poland for 5th place. They came through the group stage with two wins against the Czech Republic (4-2) and Poland (5-0). In the semi finals the Finns were matched up against a resilient Swiss side and fell short, being beat 5-2. The bronze medal game was very well controlled and managed affair with Finland beating the Czechs 2-0 showing strong particularly in defense.

With The World Games being hosted at home in Alabama, the US national team will be looking for home support to help push them to their best in every game. With Floorball expanding from 6 to 8 teams at this years World Games, the US will be aiming to be the best placed team from outside of Europe with a strong lineup of European nations competing or even make a possible upset and push for the semi finals.

The 2017 World Games was a chance for many young and developing players to experience a major international tournament for the first time. They will be hoping to do better this year and develop together build up for future tournaments together as a strong, young core begins to develop to help the US go forward. With the North American Floorball League starting this year also, the hope is to use established players to help drive and build more popularity and interest in the sport in the United States. 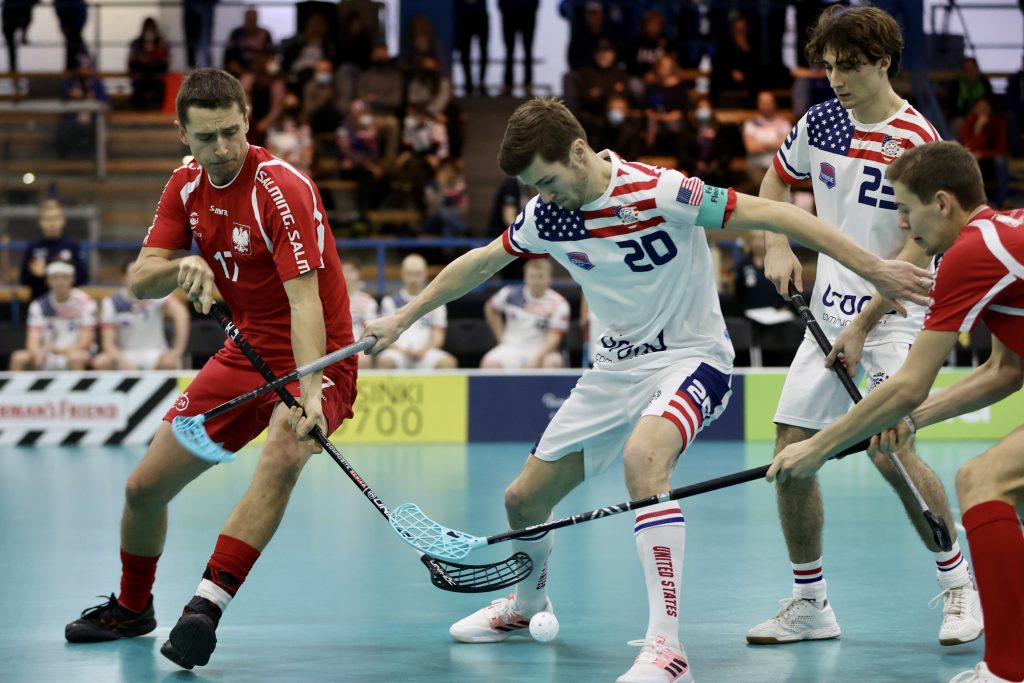 The United States will be competing at the Men’s WFCQ 2022 AMER Qualification event in Fort Worth, Texas, USA this weekend for the chance to qualify for the World Championships in November 2022. They will therefore have a warm-up, international competition before the games in July in which to solidify their team and tactics before Birmingham. This qualifying event should be a big help with gaining a better team cohesion and togetherness before the World Games in July.

Alexander McVey is one of the main players on this US team, having represented them at the previous three World Championships in which they competed (2014, 2016 and 2020). For The World Games in 2017 he managed to score 3 points over 3 games at just 22. Now however Alexander is one of the more experienced leaders of this US team hungry for results and progress. Watch the interview by Adam Troy with the captain of team USA, as part of our series of interviews on the road to the World Games, to hear more about his background and hopes for the upcoming World Games tournament.

How well will the USA do at the World Games in Alabama? Only time will tell, but they will for sure be boosted by a strong home crowd cheering on a young, hungry and determined squad looking to impress and inspire.