With only 80 days to go to the first Floorball match being played at the 2022 World Games, we will be looking at the next team in our countdown that will take part this July in Birmingham, Alabama; Finland!

Finland are bronze medalists from the previous World Games in Wrocław, in 2017 losing to Switzerland in the semi-finals and beating the Czech Republic for 3rd place. They came through the group stage with two wins against the Czech Republic (4-2) and Poland (5-0). In the semi finals the Finns were matched up against a resilient Swiss side and fell short, being beat 5-2. The bronze medal game was very well controlled and managed affair with Finland beating the Czechs 2-0 showing strong particularly in defense.

Expectations as ever for a country like Finland are almost always Gold at an major event and bronze may have felt like a disappointment. That will only fuel the hunger and desire to perform even better this year in Birmingham, particularly if they end up facing Sweden in the final. Recently at the 2020 Word Championships in Helsinki, Finland the Swedes managed to beat the Finns on home soil to become World Champions. The hunger and drive for Finland to take revenge and become World Games champions has never been stronger.

It was a learning and growing experience and tournament for Finland at the 2017 World Games, who had finished as champions at the previous World Championships in 2016. They will be hoping to be better this year and win gold for the first time! 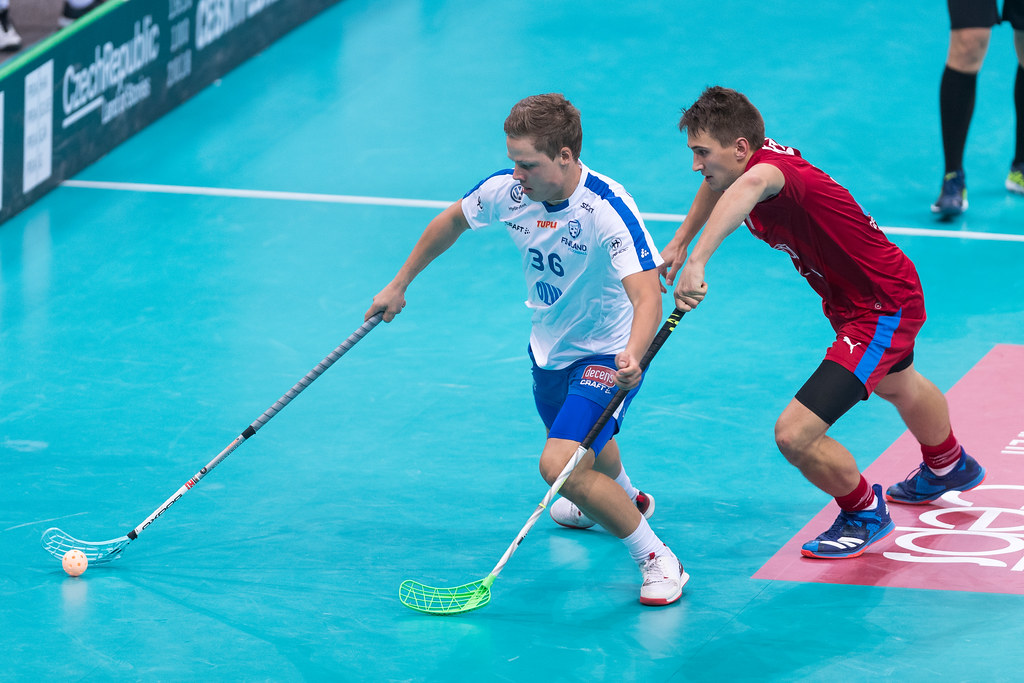 Finland will be competing at the Men’s WFCQ 2022 EUR1 event in Valmiera, Latvia in May for the World Championships in November 2022. They will therefore have a warm-up, international competition before the games in July in which to solidify their team and tactics before Birmingham. This should be a help with gaining better team cohesion and togetherness before the World Games.

Ville Lastikka is one of the main players on the Finnish team having represented them at the previous two World Championships in 2018 (Where Finland became World Champions!) and 2020 (Where they finished runner up). For The World Games in 2017 he didn’t make a highly competitive Finland team as a 19 year old. Now however Ville is one of the young bright stars of Finland. Watch the interview by Adam Troy with Ville Lastikka of the Finnish team, as part of our series of interviews on the road to the World Games to hear more about his background and hopes for the upcoming World Games tournament.

How well will Finland do at the World Games in Alabama? Only time will tell, but they will for sure be one of the favourites with a talented, experienced and hungry squad looking for revenge (especially against Sweden!)