Fair or not? Fair game builder Stark takes care of the players during the penalties

The Men’s World Floorball Championships will see unusual penalty benches, as penalised players will spend their time on a Stark-branded bench. The concept, planned in cooperation with the marketing agency i2, is a spectacular part of the match event. The benches, two meters in width, are easy to spot next to the match secretariat.

– Floorball is a popular sport in which Finland has been one of the most successful teams in recent years. Finland being the reigning world champion, good flow of the sport and a home tournament made us join as an event partner. The sport is of interest to our customers, so we also reach our target group through the event. The penalty benches, shaped like our toolbox, become a natural and integral part of the match event. I am very pleased with the idea, says Jarmo Salmi, Stark’s Commercial Director.

During the tournament, Stark will host two customer events for its main target group, professional builders, during the final weekend. Expectations for the upcoming World Championships are high.

– The event has been long overdue and expectations have been growing over time. I believe that the positive attitude and good mood of the players as well as the audience will carry over to everyone, Salmi concludes.

The IFF has been closely involved in the development process of the concept. The federation is eager to help partners stand out in an innovative ways.

The Stark penalty tool-box is a refreshing new concept. While the penalised player reflects on his infraction on the bench maybe he can find some new tools for his own game, describes John Liljelund, Secretary General of the IFF with a grin on his face. 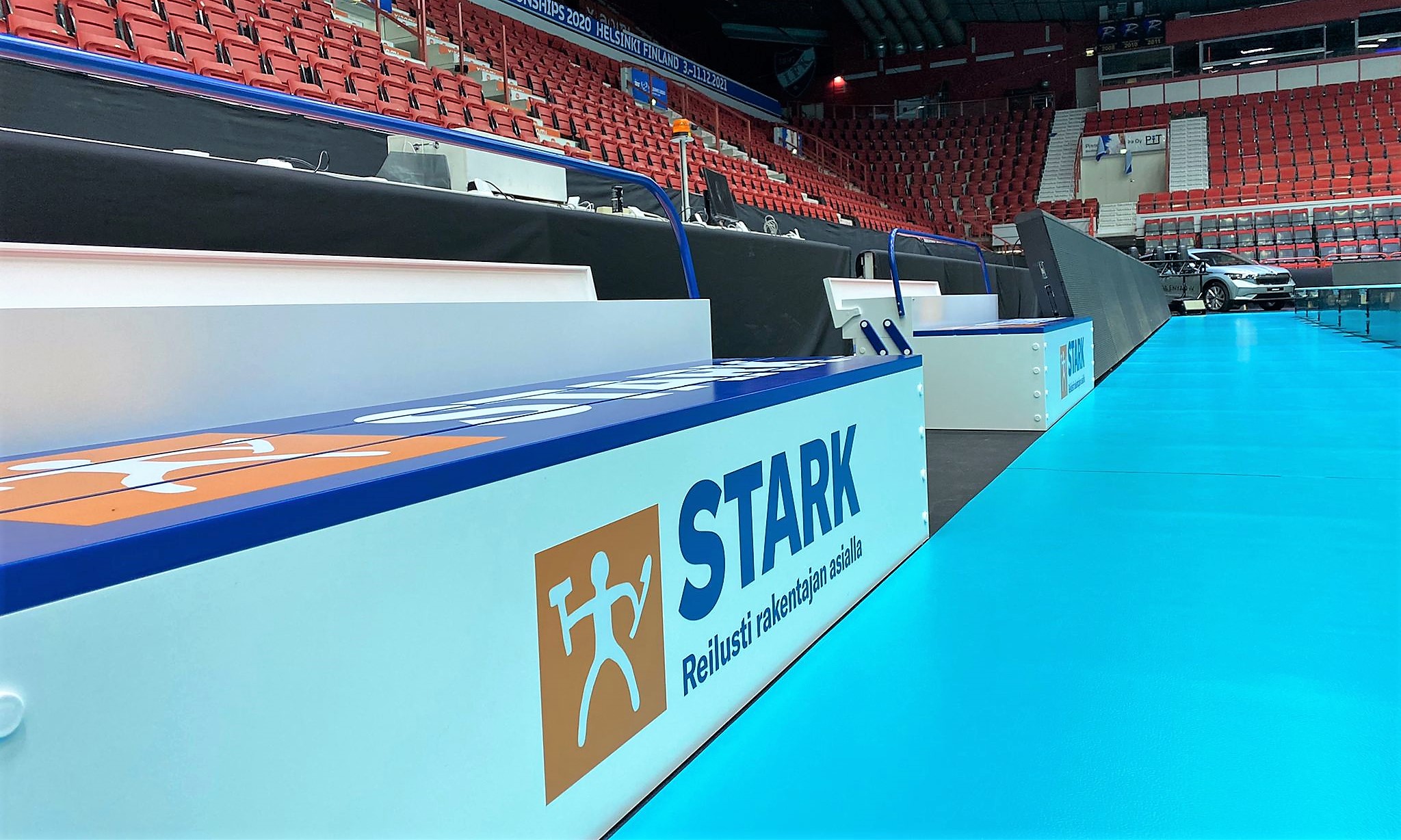 These are the playing groups for The World Games 2022