In conjunction with the adult World Floorball Championships the IFF has launched its new responsibility campaign, FairFloorball. The campaign aims to encourage everyone to act responsibly. The foundation, fair, derives from IFF values and emphasizes many points from IFF sustainability programs.

In the process of developing the campaign it was identified that fair, which is one the values of the IFF, as a word describes many of the things that the federation wishes to promote.

According to the Cambridge English Dictionary fair has following meanings:

After the decision of using fair as the descriptive word in the campaign it was mirrored against all the things that the federation wishes to foster like equality, access for everyone and social justice to name a few. As a result, the following punchlines were developed covering different areas:

– It has been really important for us to highlight the importance of clean sport through the IFF “Say NO! To Doping” awareness campaign, which we have run for several years. FairFloorball also includes clean sport as one of its key messages, but we felt that it was time to include other elements as well, such as equality, reporting match-fixing or illegal betting and environmental sustainability, says Jürg Kihm, IFF Communications & Anti-Doping Manager.

The new concept is anchored on three elements: Environment, Social and Governance (see picture). During the development process the concept has been on comment rounds in the Central Board, Ethics Commission and Athletes’ Commission to get an extensive view on the included elements. 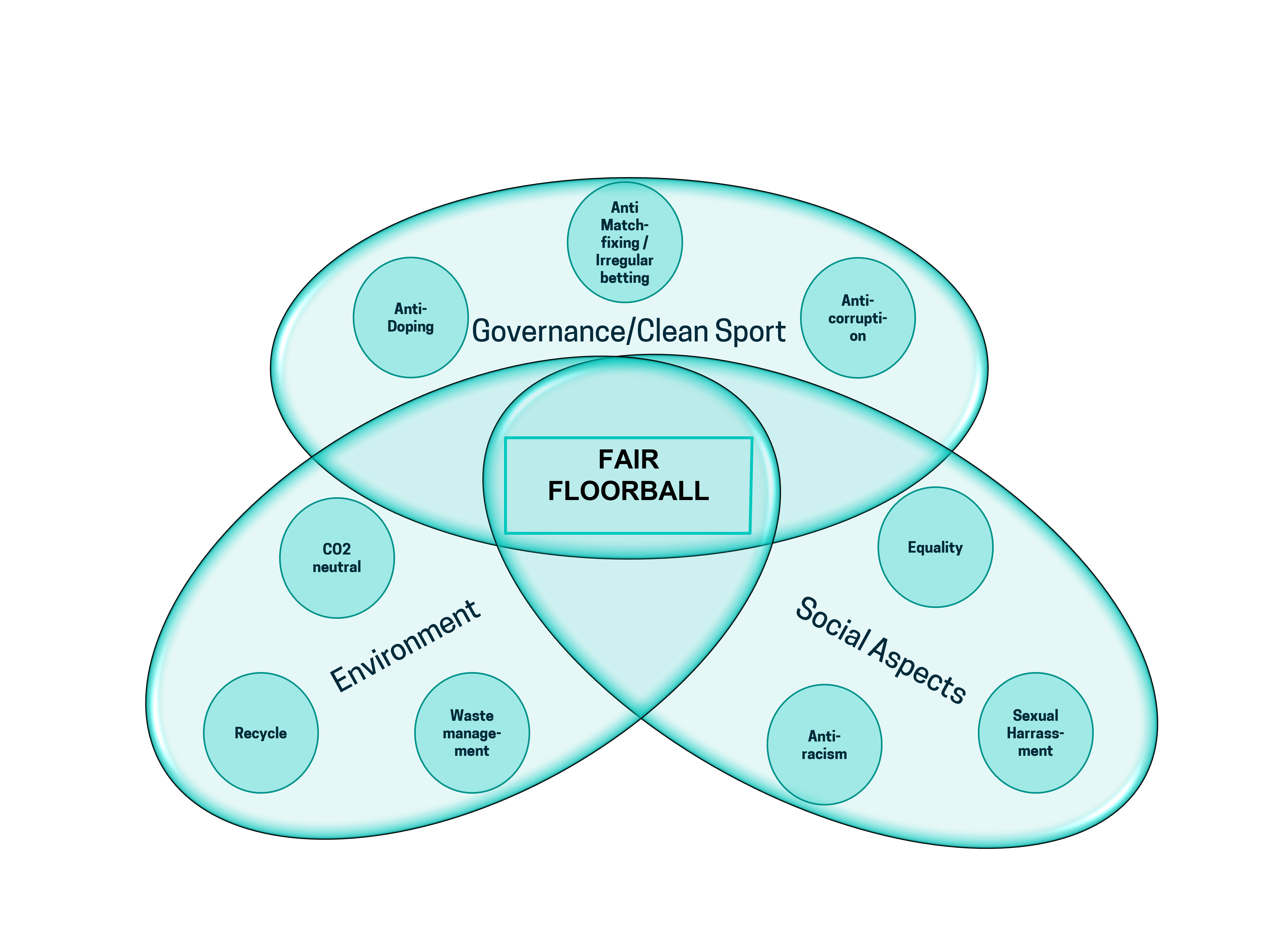 – We as athletes have a big possibility to advocate the values which FairFloorball represents. Therefore, we are committed to act as ambassadors for the campaign and want to carry the message. Let us all play FairFloorball!, Ms Agata Plechan, Chair of the Athletes’ Commission declares.

Throughout the week before the start of the Women’s World Floorball Championships the IFF has posted encouraging messages from players, teams and Athletes’ Commission members in all digital channels. Below you can find the compilation of all those messages.