For the first time in the World Floorball Championships referees will be dressed in fully customised referee shirts. The LOC in Helsinki and their sponsor Fisherman’s Friend have with the creativity of i2 agency created referee shirts that resemble the sugar-free lozenges packaging.

The presentation of the customised referee shirts brings a new element to the field-of-play as well as to the repertoire of portraying event sponsors. The design of the shirt is representative of the  Fisherman’s Friend brand sugar-free products and with the stripes has some resemblance to traditional ice-hockey referee shirts.

– This is great way to include an event partner into the heart of the action. Referees are symbols for trustworthiness, just as the lozenges can be trusted in the need of relief for your throat. And what a way to make a brand born in 1865 meet a modern sport!  says Tero Kalsta, Sales Coordinator at the International Floorball Federation.

The referee shirts come in – could one say – three flavours which means there are three different coloured stripes: salmiak (black), mint (mint), raspberry (pink).  The referee outfits will be determined separately for each match based on the jersey colours of teams playing. 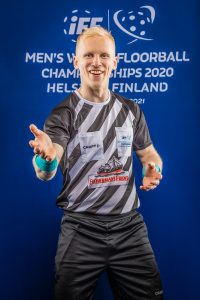 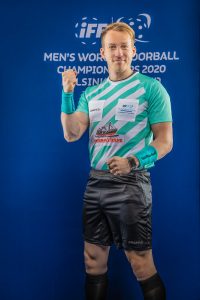 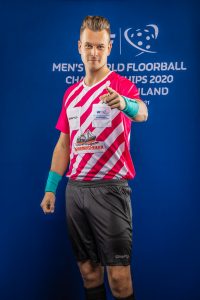 – We thought the idea of referee shirts was great, and we seized it right away. When I saw the shirts ready and on the referees, I immediately stated that this was a successful implementation. The shirts look good and are also a natural part of the game, says Ira Nyström from Arvid Nordquist Finland, marketing company of Fisherman’s Friend in Finland.

The models for the outfit photo shoot were three referees from the upcoming Men’s World Floorball Championships in Helsinki: Manu Marttinen, Henri Heinola and Janne Sjögren. The spontaneous comments from the referees were very positive. The outfit was considered to be cool and refreshingly different.  A representative of the sponsor was also on site at the photo shoot and was very also very pleased of the end result.

The bespoke shirts were manufactured by Craft with sublimation method. 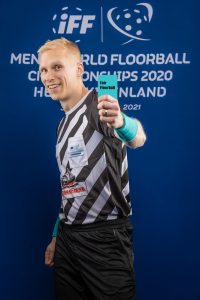 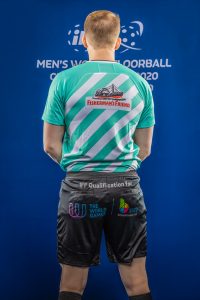 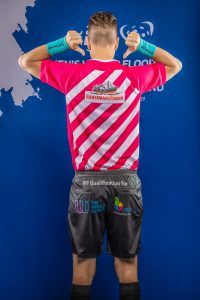