VSV managed to secure a 6-5 victory against fierce rivals WFV and won the series 2-0. The former VSV player and Vienna’s topscorer Jakob Mayer was elected as the MVP.

Team of the Season 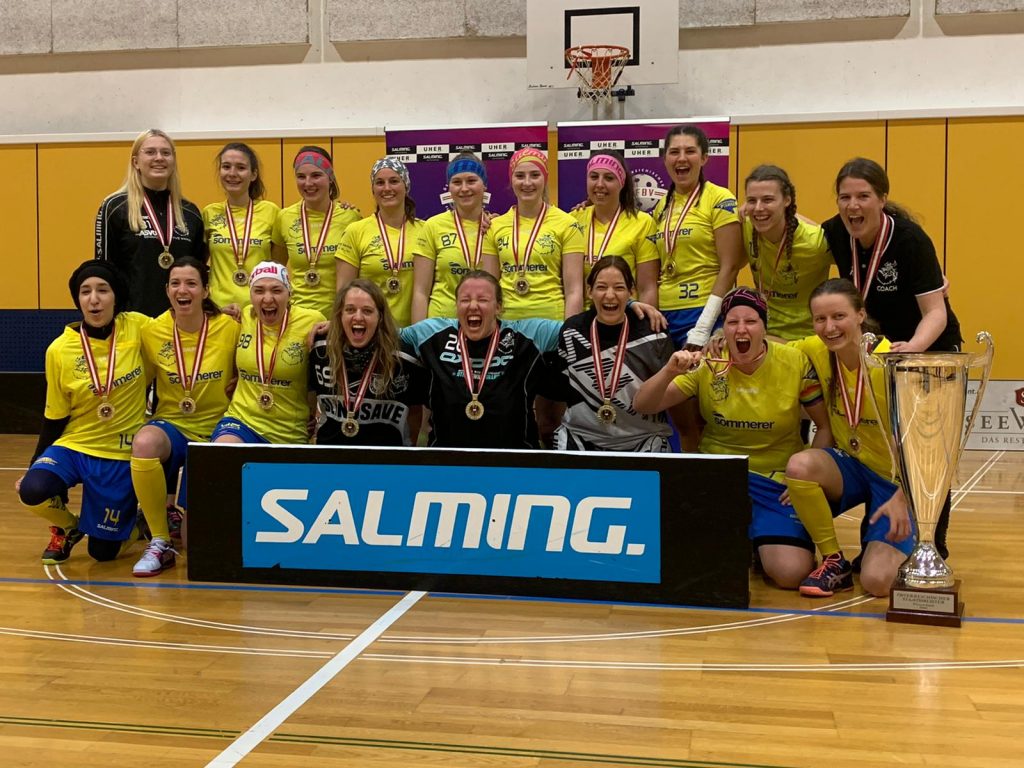 TVZ Wikings crowned themselves as the Women’s Bundesliga champions when they won the third and final match 3-0 against the reigning champions Linz/Rum. The topscorer and the league MVP Katrin Illgoutz scored two of the goals.

The best players of the season were also announced. Rosalie Reitbauer from FBC Dragons was named the rookie of the season.

Team of the season