The first ever World Virtual Freestyle Floorball Cup is now over, but the IFF has asked the top contestants to answer some questions in order to present the top athletes to all floorball fans. The 9-year-old Jonathan Egli from Switzerland was the youngest contestant and he finished third in the U16 category. In the future, Jonathan dreams of playing in the first team of HC Rychenberg and could imagine playing in Sweden or Finland as well.

You received a lot of support in the first ever World Virtual Freestyle Floorball Cup, how did that feel?

– It feels great. It’s amazing how many people voted for me. I am very thankful for that.

What is your floorball background, when did you start playing and where do you play now?

– My whole family is enthusiastic about floorball. My sister and my brother both play too. I started floorball three years ago. I play for the Team E black of HC Rychenberg in Winterthur. It’s big fun. We have a cool team and great coaches.

You were the youngest contestant, but still amazingly talented, how much do you practise freestyle moves?

– I have training with the team once or twice a week. I also do the zorro moves in training and in championship games. To score like that in a match and to help the team with it, I think that’s the best. There are times when I do freestyle tricks in front of the house every day or in winter in the living room. But there are also times when I prefer to do other things. 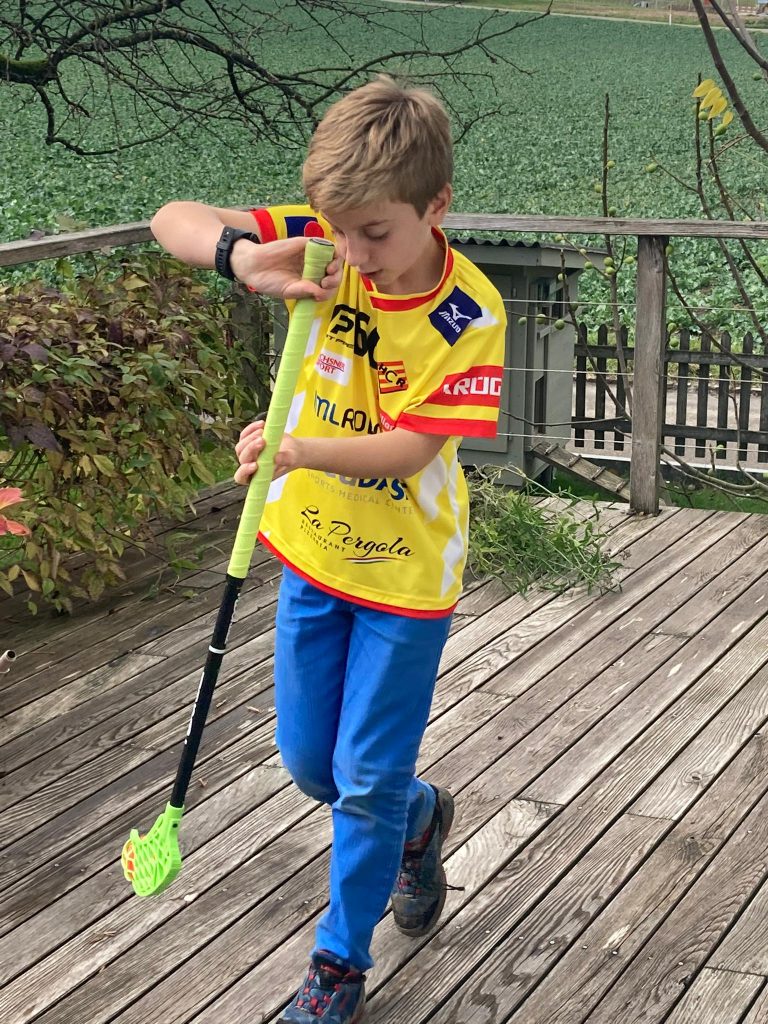 Do you have some future goals in floorball?

– My biggest goal is to play in the first team of HC Rychenberg later. I could well imagine playing in Sweden or Finland in the future, not only because of floorball, but also because there are many lakes and you can catch big fish there.

Who is your favourite floorball player, if you have someone in mind?

What did you think about this new Freestyle Floorball event concept? Would you like to participate in this kind of events in the future as well?

– I like this concept very much. I would be happy to be there again in 2021. I hope that by then my father will have a smartphone with a better camera.

Would you like to send some regards to the floorball fans who voted for you in the World Virtual Freestyle Floorball Cup?

– I never thought that so many people would watch my video. Every like made me very happy. I am overwhelmed from the support. The support was huge until the last day of the voting. I could have never done it without you! Many thanks to everyone who supported me.