IFF Athletes’ Commission member, Agata Plechan, has like most of the players had a different start to the ﬂoorball season. The Polish women’s national team captain has lived in Denmark since 2007 and this season she is representing Copenhagen FC. Previously, Plechan has played for Hvidovre Attack FC.

How did the preparations differ from the last season?

– This summer, my preparation for season 20/21 was mostly with focus on individual training. In Denmark, we were however lucky that we could actually start practicing together with the team quite early, considering the situation in the world. I changed club at the end of the summer and I was able to practice with my new teammates right away. 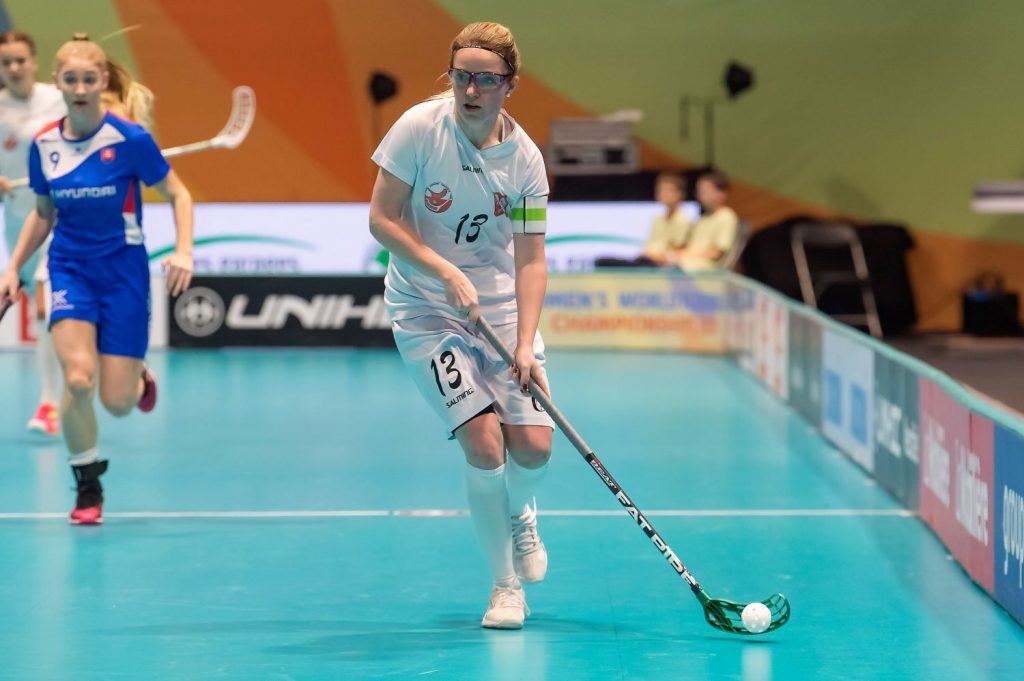 What are your individual goals for the upcoming season?

– My goal is to land well in the new team, keep my motivation high and give all I can to end the season with gold medals over our necks.

Are there any winner favourites and major changes in the main leagues/among the teams?

– My team, Copenhagen FC, is being perceived as one of the favourites to win the league, but nothing comes by itself. We need to train hard and prove it on the field.

Would you like to say something to the Floorball World that is experiencing difficult times?

– Stay safe, follow local covid-19 recommendations, train hard and have lots of fun at the same time. Enjoy the time you have with your teammates and always give 100%. Hopefully we will be able to see each other soon during one of the international tournaments, see you there!

As the captain of Polish National Team, Agata played five World Floorball Championships. At the WFC 2019 in Neuchâtel, when Poland took historical fifth place, she scored twice and her goal versus Finland has been one of the highlights of the tournament:

🇵🇱 lost with 🇫🇮 in the WFC 2019 group stage but her goal was one of the highlights of this match. The IFF Athletes’ Commission member and 🇵🇱 National Team captain @agataplechan tells us about the new season in 🇩🇰. Read more on floorball.sport #floorball #oneworldoneball

More information about Floorball Denmark can be found here.