Based on the 2019 statistics the number of licensed floorball players was close to 377,000 in the end of 2019. The total number of floorball players from 2018 to 2019  increased by 4.24 percent when 376,995 players worldwide participate in organised floorball activity (has a license). The IFF also received four new members during 2019 when Central African Republic, Kiribati, Kuwait and Togo joined the IFF family. 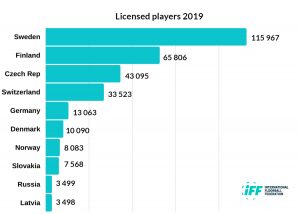 The biggest growth in the total number of registered players among the top 10 nations was noticed in Denmark, by 15,43 percent. Currently Denmark with 10,090 players strengthen their 6th position in the member associations’ ranking. Finland, Czech Republic, Switzerland, Germany and Slovakia are showing no signs of slowing down as each of these countries have grown. 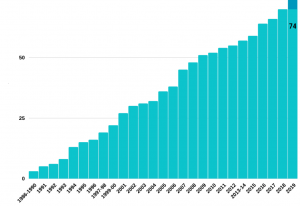 There are still more male players than female players in the world, according to the 2019 data, women’s floorball is growing all over the world. There are now nearly 76 000 women playing floorball across the world. In 2009 there were just over 55,500. That’s a growth of 35.03 percent in ten years. One nation in the world has more female (268) players than male (251) players: South Korea. The most significant rate of growth in women’s floorball over the past ten years has taken place in Japan, from 78 in 2009 to 978 in 2019. 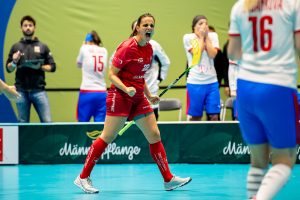 When looking at these numbers it’s important to remember that they only reflect those players who have registered and have a player’s license. There are a lot more women and men — in all age groups — playing floorball in all over the world.

More data on the Member’s statistics can be found here.