The Austrian-Slovenian International Women’s Floorball League (WFL) ended its first ever season on Sunday, February 23rd. The Slovenian team Polanska Banda won all of their games (regular season & final 4) and is the first champion of the league. 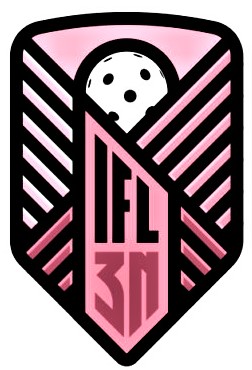 In the first ever season of the Women’s Floorball League (WFL), organised by the Austrian and Slovenian Floorball Federations, the Slovenian team Polanska Banda won the championship without losing a single game. They defeated Linz/Rum 4-2 in the final game. All three Austrian participants – reigning Austrian champions Linz/Rum, Wikings Zell and Hotshots/VSV – also qualified for the Final-4 tournament in Linz, Upper Austria, 22-23.2.2020. Zell finished 3rd after defeating Hotshots/VSV 3-1. The only team that didn’t qualify was Olimpija Ljubljana from Slovenia.

The final game between top seeded teams Polanska Banda and Linz/Rum saw a narrow win for the eventual champions. After an early lead for the Slovenian side, Linz/Rum captain Elke Mayrhofer, who was voted to the All-Star-Team too, tied the game by scoring on a penalty shot. At the start of the second period, Polanska Banda scored another go-ahead goal during power play. The Slovenian women added to their lead just before the second intermission with a goal by captain Nastja Kavčič. Heading into the third period the tight game saw a strong Linz/Rum team pushing fort he second goal. Unfortunately fort he Austrian side, Kavčič netted her second goal ten minutes ahead of the end. Following a timeout Linz/Rum immediately found the perfect answer. Anouk van Rooij cut the lead in half and gave her team some new hope. In the closing minutes of the period Linz/Rum went all-in and chose to pull out goalkeeper Olga Rüffler. Without another goal the game ended 4-2 and Polanska Banda was able to crown a perfect season without a single defeat by becoming the WFLs first ever champions.

Natálie Martináková ends her playing career after this season