Mr. Ali Karimi, the Commercial Director from Protocol Sports Marketing, visited the IFF head office in Helsinki in the beginning of November. During his visit, we discussed the recently started cooperation with the IFF and talked about Protocol Sports’ views on cooperating with various other sports.

Why did you start the cooperation with the IFF? 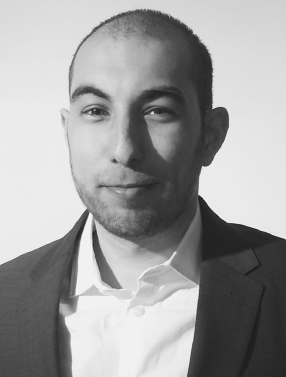 – The IFF is the body to serve the sport of floorball and its national members and we feel it is the right approach that organisations are not looking after their own interest but looking after the sport. The operations at the IFF are run very well, the objectives are right, and the federation is focusing first on the athletes and secondly on organisations. In terms of the sport, there is nothing not to like about. It’s accessible, entertaining, energetic, there is technique and skills. Those attributes make it a great TV product. More specifically talking about partnership, it was in some aspects a blank canvas, there wasn’t any restrictions on what we could do. John (Liljelund) has always been very open to our ideas. So, the sport, the organisation, the ethos and approach were there.

So, it was easy to jump in?

– Precisely. Some sports that have a longer history or benchmark always try to identify themselves that way and are pulling themselves back. For newer sports there are no boundaries and the focus can be to give the best to the players and attract more players to get in to build the sport that way.

How would you describe the sport of floorball?

– We have been talking internally about it, since we are selling it to commercial partners and we do not want to relate it too much with hockey, but of course there is a natural affiliation with hockey. For example, in Canada, ice hockey dominates, and they play a form of floorball, they call it floorball hockey, so it’s a nice natural scenery for floorball. You can use floorball to build up your technique and skills.

– Also, floorball is an accessible option for all, if you don’t have a rink you can pick up two sticks and a ball. It’s the fundamental for all the sports we work with that it must be accessible for all. The floorball I have seen so far is an up and down sport and the crowd is energetic, they feel the energy and the players feel the energy. The games I have seen were the semi-final match between Sweden and Switzerland in WFC Prague and the matches in The World Games. At the World Games in 2017, the IFF was able to deliver a new atmosphere and new crowd. Everyone I talked to there said floorball was the highlight, even though they didn’t know the sport before.

So, taking floorball to multi-sport events works because you can get people to know floorball even if they haven’t played it before?

– Even if you haven’t watched floorball before, you can still turn on a game of floorball and you would still understand what is going on. It is important, since it makes the sport accessible and doesn’t close off to certain people.

What other sport sports do you promote?

– Our background is in boxing, that’s been our history. Everybody knows boxing but it was so fragmented, so many broadcasters, promoters and people were often put off by boxing. Our job is to defragment boxing and make people energized. Broadcasters were coming to us saying they love working with us and that we should acquire more sports. So, we decided to expand the portfolio. Our traditional sports portfolio includes basketball, tennis and motor sports. Only last year we decided  that there is value in kind in niche sports, and the idea is that we support the sports in the early phase of their development. We also promote dodge ball, chess boxing and flying disc. The accessibility is the key and we want to have the grassroots program and put the high-level competition there as well. What better way to do it than with the international federation because then you have the control of where it spreads.

– We like to represent international federations, especially the ones that are not part of the Olympic program. The reason is that you must be more innovative in your marketing approach, because the sport is not funded by the IOC. So, the sport must do it by itself. When you are forced to fund yourself, you build your own identity and your brand. What we have noticed is that in these sports they have engaged crowds as for example in floorball. There is value in those small audiences because they are much more engaged. Our conversations with brands and broadcasters have gone away from the days where they want to know how many million people are watching the game, they want to know if there are engaged followers involved that we can tap into and floorball has that.