The EuroFloorball Cup is back in the IFF competition calendar after a gap year and the 2019 edition is being hosted by the city of Malacky in Slovakia. Four matches were played on the opening day and below is the brief summary of each of them.

The German women’s champion UHC Sparkasse Weissenfels, took a comfortable 12-3 win defeating CUF Leganes (ESP) in the opening game of the day. Leganes created the first real opportunity after just three minutes and opened the score when #6 Ester Sanchez Sanchez gave no chance to German goalkeeper #97 Sophie Kleinschmidt. Weissenfels responded with four goals, of which three were scored by  #13 Laura Honicke. Leganes pushed for another goal and shortly after twentieth minute it was again Sanchez who found the net for Leganes. Down four goals as the final period began, it was again Leganes who started strongly, scoring after 90 seconds. However, this was the last of the goals for Leganes, as Weissenfels closed them down and dominated the scoring for the rest of the period, running away to 12-3. Best player awards went to the goalscorers, Honicke (4+0) and Sanchez Sanchez (2+0). 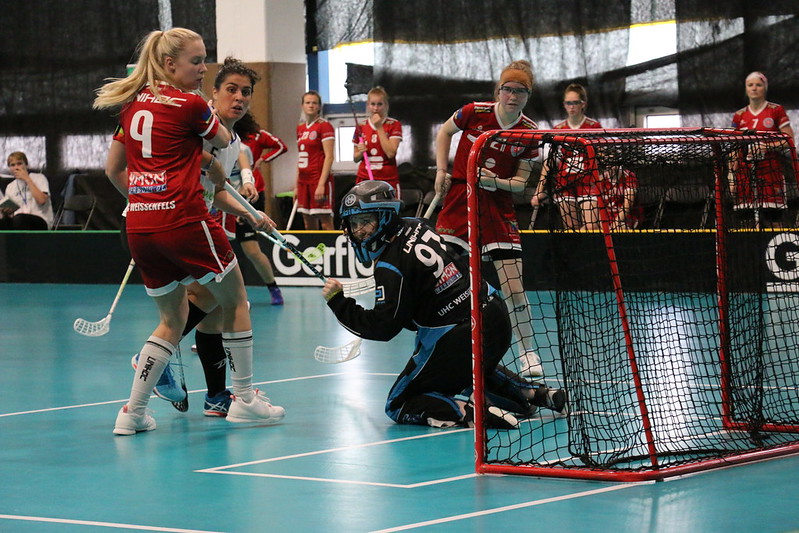 The men’s competition began with the match between German champions MFBC Leipzig and Hungarian Phoenix Fireball. The game certainly didn’t disappoint with 11 goals and a few world class actions from both sides. The Hungarian team held a deserved lead 3-1 after twenty minutes thanks to #37 Tamas Resi who scored twice and made an assist. The two goal advantage lasted less than a minute in the second period, when Leipzig’s #91 Ville Pousi scored from a power play. Another goal for Leipzig evened things up and full of confidence they took the lead with a goal to #52 Atte Ronkanen. Phoenix needed a strong third period but it was the Germans who confirmed their strength, scoring three to the Hungarians one before the final siren, giving a final result of 7-4. Best player awards went to Phoenix’s Resi (2+1) and  Lepizig’s #89 Samuli Granlund (1+0). 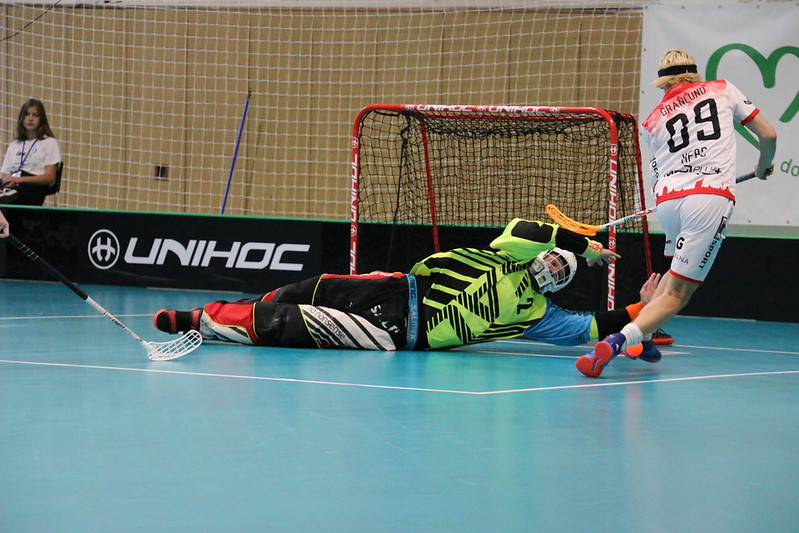 Playing at their 6th EuroFloorball Cup and with multiple national team players, Interplastic Olimpia Osowa Gdansk (POL) had no shortage of experience, but it was not enough to overcome the all-round strength of their Slovak opponents MKSS FBK Kysucke Nove Mesto. This was a quality game with both teams able to control the ball well and build their attack. From defence both teams had strong counter-attacks and it was a determined effort from Kysucke’s #10 Klara Hlavkova that opened the scoring. A quick reaction on a rebound got them a second later in the period.  Kysucke had a 3-0 lead before Gdansk’s #15 Anna Raczkowska received the ball in front of the goal and got them on the scoreboard. Kysucke started the final period leading 4-1 and had the perfect start, with #84 Alexandra Faktorova giving her 3rd assist for the game for her team to score after just 16 seconds. Raczkowska kept the Polish  in the game with another goal soon after, and they had plenty of other chances, but the Slovak keeper, #71 Radka Mladenkova was extremely good today and denied them again and again, with a total of 31 saves. A penalty shot for Kysucke closed out the game and gave them a 6-2 win. The best players of the match were Raczkowska and Mladenkova. 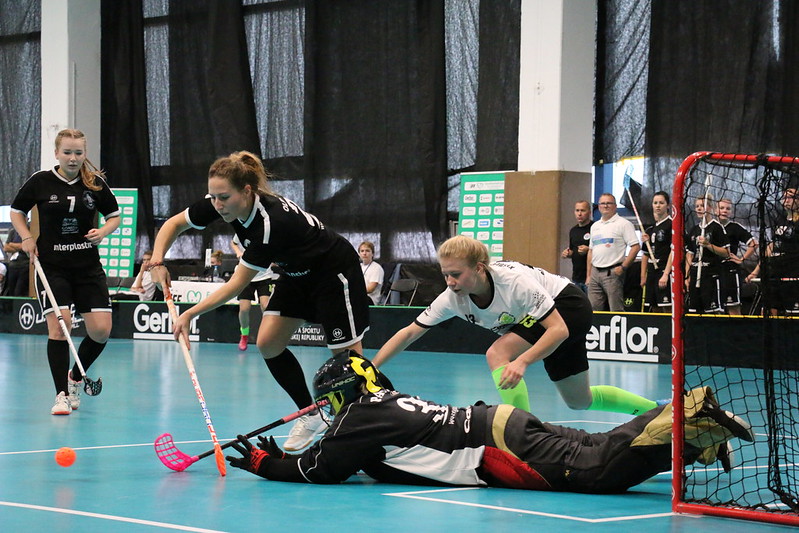 The last match of the day was played between men’s teams of FBK AS Trencin (SVK) and SZPK Komarom (HUN). First period was full of back and forth actions and the audience saw only two goals, one from each side. Trencin claimed their first advantage three minutes into the second period when #88 Ondrej Kusenda scored his first goal in the tournament. The game stayed level but it was the hosts who had the edge and managed to extend their lead when #9 Matus Machara passed to Kusenda who netted for the second time. Slovakian managed to keep the distance from growing at the end of the second period only for 60 seconds when #67 Mate Gabor Toth showed an impressive technical skills scoring in penalty shoot. It took Komarom four minutes in third period to equalise thanks to #66 David Czank. Trencin added four goals to the score board and the final result was 7-4 for Slovaks. The best players of the match were Ondrej Kusenda (5+0) and Zoltan Szuri. 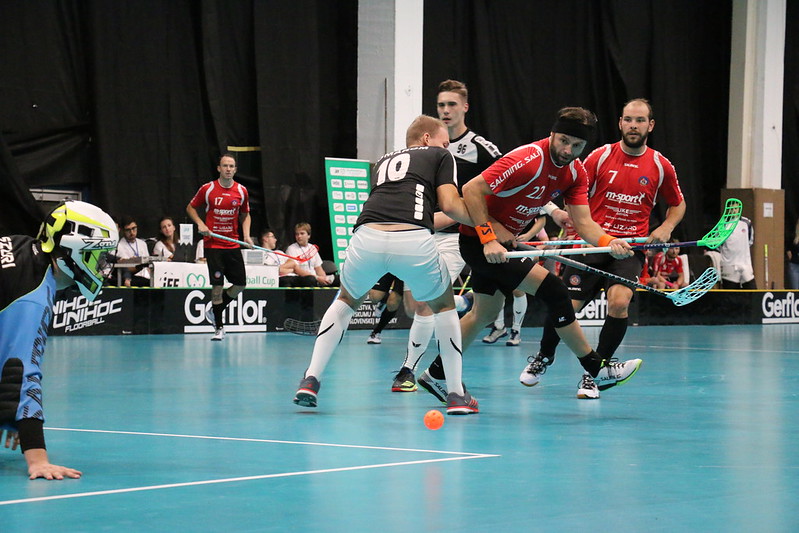 All matches are streamed on the IFF YouTube Channel.