Another floorball season on the sunny side of the Alps has come to an end. The women finished their season already in January whereas the men’s Superfinal was played on April 13th.

The women’s season ended in January when Polanska banda won the best-of-seven series against Olimpija Ljubljana with 4-1 in matches and secured their first ever championship title. Former winners Olimpija actually started the series better and won the first gam. It was however Polanska Banda’s goalkeeper talent Tina Čemažar, with an exceptional 95,70 save percentage, who led her club to victory. She was able to blank the opponents three times! Nastja Kavčič (Polanska banda) became the top scorer. 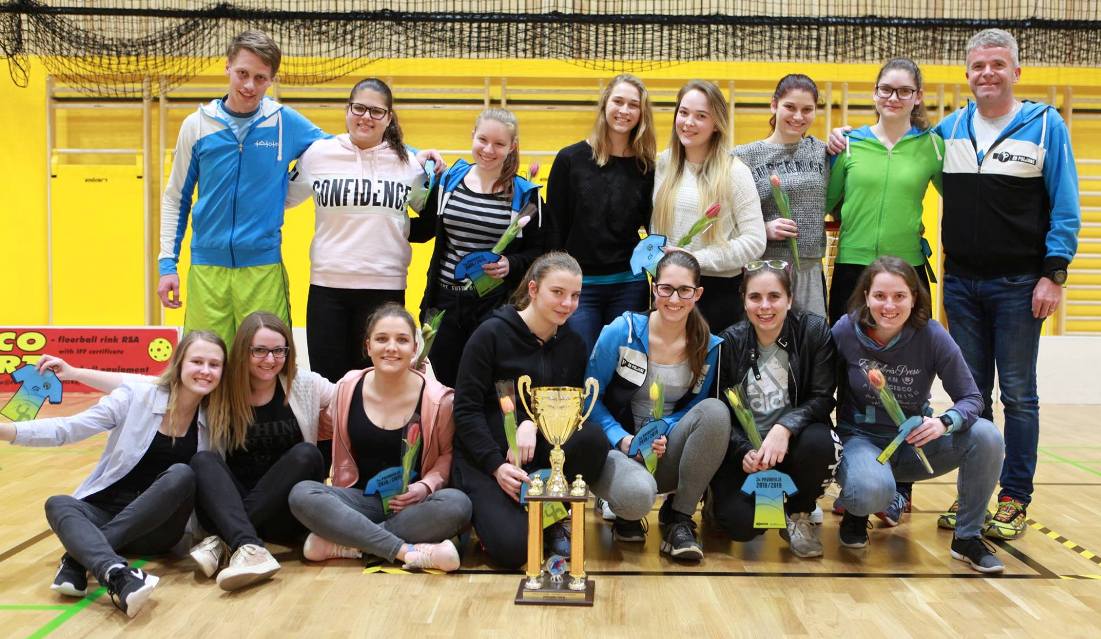 Saturday the 13th of April, featured Superfinal of the Men’s highest league – 1. SFL. The bronze medals were captured by last year’s Champions from Borovnica, who made most of their work versus Olimpija in the first period, scoring three times. The final result was 5-2. The evening gold medal game was a clash of the local rivals Insport Škofja Loka and Polanska Banda, who earned their 5th consecutive final appearance.

600 floorball fans in the packed Poden arena in Škofja Loka watched a thrilling match. The first goal was scored at the end of first period when Anže Burnik converted on powerplay. Insport’s player icon Metod Proj doubled the lead in the 22nd minute. Polanska banda also had opportunities, hitting the post two times in the second period. However Insport’s defence managed to steer them into the corners and help the goalkeeper. When Blaž Tomc succeeded with a 3-0 empty netter when four minutes was left of the match, the home crowd began to celebrate clubs’s 14th national championship title.

Insport Škofja Loka won 22 out of 23 games this year and won the double as they also won the International Floorball League as well (joint league of Austrian and Slovenian top teams). The veteran goalie Jure Kržišnik had his third career shutout when it mattered the most. Individual player awards went to Anže Burnik (best scorer) and Polanska banda’s Jani Dolenc (best goalkeeper).