Mr. Steen Houman is the newest IFF Central Board (CB) member as he was elected to the IFF CB in a per capsulam meeting on February 1st 2019. Mr. Houman was nominated to the IFF CB by Floorball Denmark to replace Thorbjørn Ovedal, who had resigned earlier. 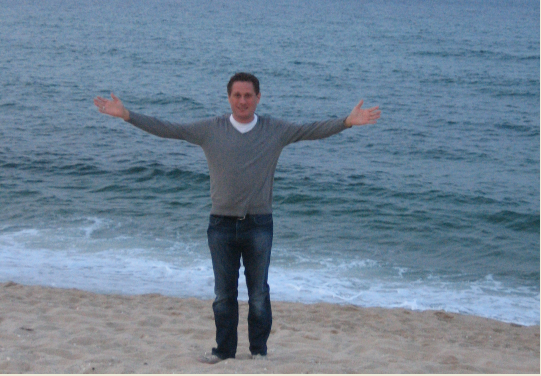 Mr. Houman has been involved with Floorball since 1995, both as a player and coach in Denmark. From 2002 – 2009, he worked as an employee for the Danish Floorball Federation. He has also been the Chair of the Special Olympics Sports Resource Team for Floorball, since 2008. But why did he get so hooked up with floorball to begin with? And what topics does he want to bring forward as a member of the IFF CB?

– I started playing floorball back in the 1990’s and I was hooked immediately. It was fun, fast and I loved the fact that more or less everyone could join in and play. From starting as a player, I soon became a coach and started working for the Danish Floorball Federation. In Denmark, my job was to spread the sport, and we succeeded when we doubled the number of clubs and number of players, Mr. Houman informs.

Mr. Houman thinks that floorball is a sport that has two amazing potentials:

– Firstly, the sport is fun to watch and there is a lot of actions and goals, so the sport has the potential to grow and match other big team sports such as basketball, volleyball and handball. Secondly, the sport is perfect from a health point of view. The health problems in the world are increasing and floorball is a perfect sport for improving once health, also for people who haven’t played before. For floorball there are big opportunities in this aspect.

The cooperation with IFF and Special Olympics has been very fruitful for both parties, how did it all start?

And what does Mr. Houman see as the next steps in the partnership:

– The aim is to grow the sport and to have over 100 nations in Special Olympics, hopefully this will be achieved in 2021. In the long term, we hope that all 172 nations will provide floorball. The next couple of years is going to be very interesting as there are floorball workshops arranged around the world, and often with IFF being present. “Train the trainer” is the concept we use. We gather coaches from different countries, teach them floorball, and in return they will arrange floorball courses in their home country, Mr. Houman reveals and further adds:

– This has proven to be a very effective way to spread the sport and although the main aim is to have more people with intellectual disabilities activated, floorball is also promoted. Special Olympics players have families and friends, who will see the fun and joy of the sport, and we see floorball spread, which is important for the IFF. In 2016,  Special Olympics had for example workshops in South America, Asia and Africa. All these are regions where floorball has great growth potential. By working together both Special Olympics and IFF will benefit.

So what topics do you want to bring forward to the IFF CB?

– First of all,  the growth of floorball globally is very important to me, and with the work I do for Special Olympics, this will be high on my list of priorities when joining the IFF Central Board. The support IFF has given to Special Olympics has been magnificent and the upcoming year will see an even closer cooperation between the IFF and Special Olympics. Secondly, in the world of floorball we still have the big four: Sweden, Finland, Czech Republic and Switzerland. These countries are strong and independent. But for those nations behind the top four,  it would be important to raise the level of the sport. So, to work towards closing the gap is important to me. And with many new federations joining the IFF family, its also important that these nations develop in order to be able to get a place at the World Floorball Championships.