Seminar for floorball coaches and referees in China

The first coach for the men’s national team in China and the CFF referee committee director, Professor Guo Xueqi, was invited to be the seminar lecturer. Also Mr Michael Blažík, who has previous coaching experience from the South Korean men’s and women’s national team, was giving lectures for more than 50 students. 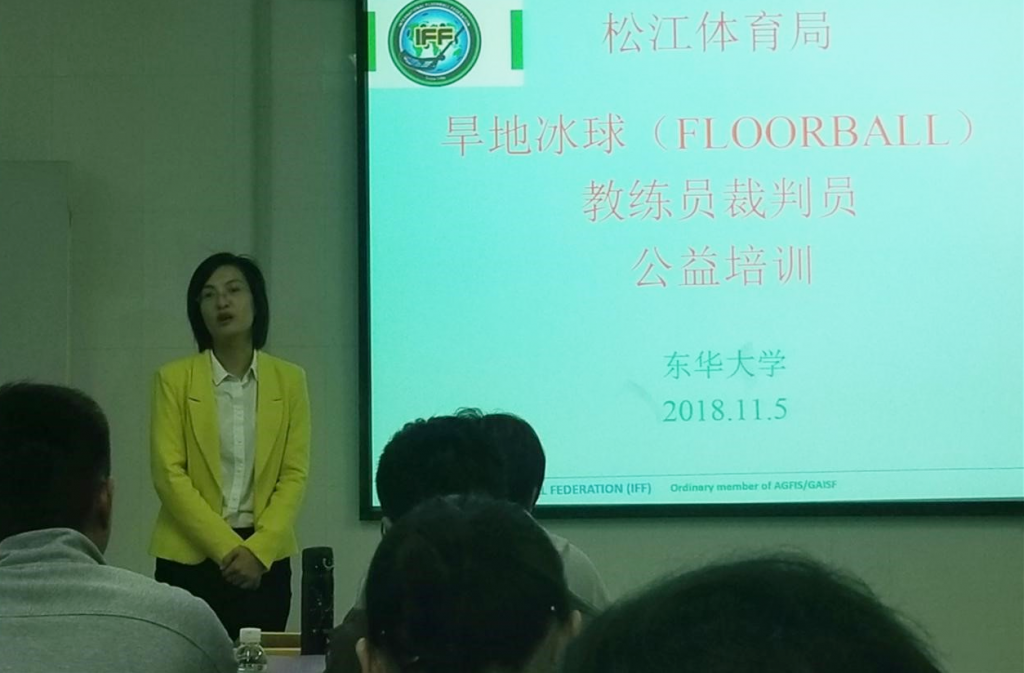 During the seminar, Professor Guo Xueqi was responsible for the training of referees and and the basic floorball knowledge. Professor Xueqi also explained the basic rules of floorball and essentials of referee’s enforcement and the practices for better performance. Lecturer Michael Blažík was responsible for the basic technical details of floorball, training methods and competition management. During the training, all the students showed great interest in learning, actively participated in various training sessions and had heated discussions with remarkable results.

The students learned a lot about floorball and now understand the basic skills for playing and refereeing. The training class expanded the influence of floorball and laid a solid foundation for the future development of floorball in China.