The IFF Athletes’ Commission member, Yui Takahashi has been doing a lot of floorball development work in Japan. During the summer they organised a 3 on 3 floorball tournament in Shizuoka, Japan. Tero Tiitu, also a member of ATC was invited to the tournament.

The T3 Floorball Project is a non-profit organisation which is working for promoting and developing floorball in Japan. During the summer, they organised 3 on 3 floorball tournament with a small court and goal in Shizuoka, Japan. More than 250 players from all over the world participated in the event.

Why T3 Floorball Project invited Tero to Japan and to this tournament?
– We have never ever invited any floorball “superstar” to Japan. There is no chance to see top level floorball in Japan, so I really hoped some top players come to Japan to show us top level floorball, says Takahashi. 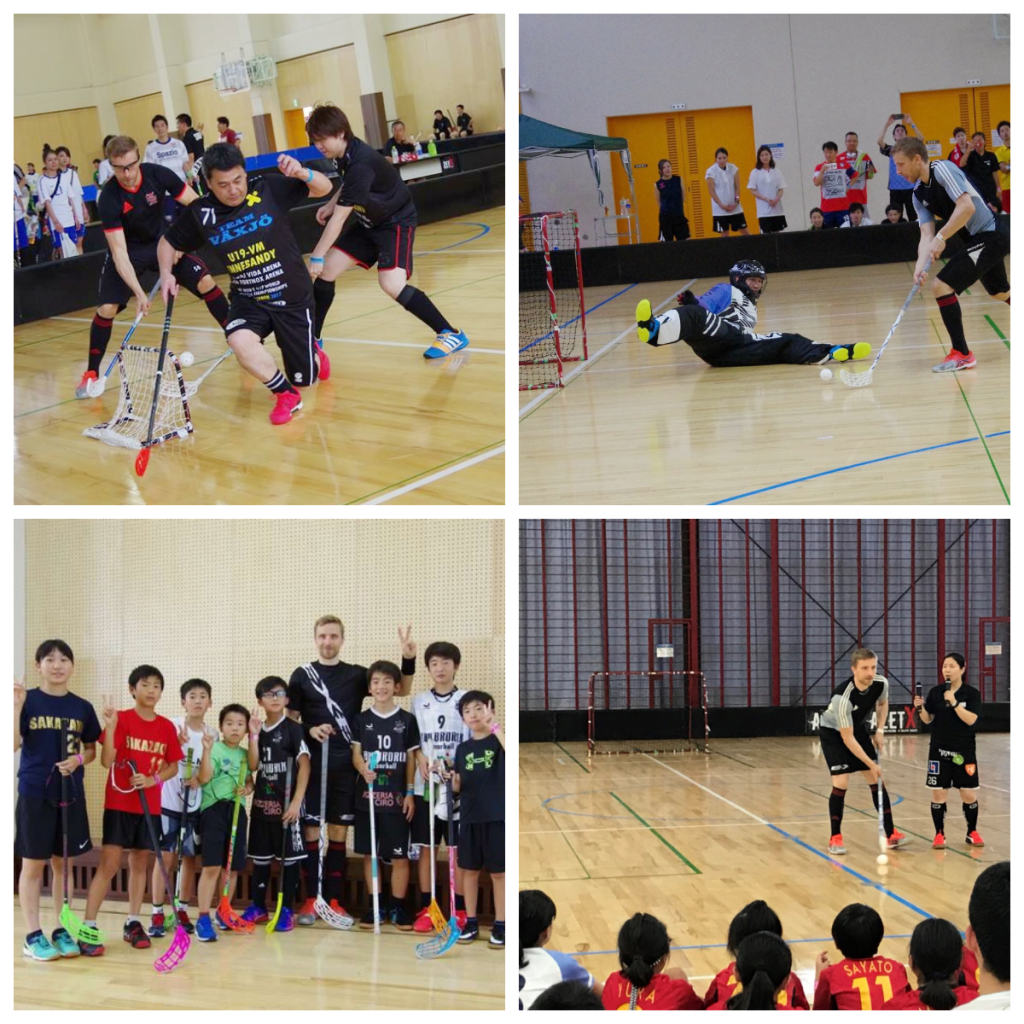 – Two months before the tournament, I met Tero at the IFF ATC meeting and I told him about this tournament. I knew that he has been interested in Japan for long time, and I felt he was interested in the event as well. Then I started to imagine if we could invite him to our event. He is one of the most famous floorball players in the world and also a member of the IFF Athletes’ Commission so I thought he is perfect! It thought that Japanese players would be happy to meet Tero, and our event would be successful. After the meeting, I called to Tatsuro Tajima who is the president of T3 Floorball Project. He agreed with my idea, and we decided to send an offer to Tero, Takahashi continues.

The tournament was a huge success.
– It was because Tero showed us he is not only an amazing player but also a great person. He played many matches during the two days, so all of participants enjoyed playing floorball with him or against him. During the tournament the participants also had chances to take a picture with him. Even though he played so many matches, he took hundreds of pictures with fans and gave them his autograph. His kindness towards his fans was commendable! After the tournament we also had a chance to have a floorball clinic of his. Everyone was really satisfied with this event. In addition to that, one of the Japanese TV programs followed him during the tournament and it was aired on TV in the middle of August. After that, the word “Floorball” went viral on social media and Tero became famous in Japan too, Takahashi says.

– Tero helped us to success this event, and promote floorball in Japan. We are so thankful to him!

New Anti-Doping rules in place for Cortisone and Asthma