A crowd of around 200 keen floorball fans in Wellington, New Zealand were treated to an entertaining and high-scoring affair in the opening game of the three-team Asia-Oceania Qualification tournament on Thursday night.

Japan and Australia each took a point out of the game, which ended in a 4-4 draw after some dramatic swings of momentum in a game played with all the intensity and emotion expected in a tournament where the prize is one of two spots in the 2019 U19 WFC in Halifax, Canada.

The Japanese got off to a quick start, going up 1-0 before many fans had even found their seats at the ASB Sports Centre, with the opening goal scored just 29 seconds into the first period by Hiroto Moriya, assisted by Narumi Saruwatari.

The game remained scoreless for the rest of the first period, with Japan unable to capitalise on the man advantage, with two-minute penalties called against Jordan Noel with just over five minutes left in the period,  and Mitchell Merritt penalised with 1:15 remaining in the period for a handball, that penalty carrying over into the second-period.

It was a different story when Japan was awarded a five-minute power-play after Australian number 87 Eoin Broome was given a major penalty for roughing, at four-and-a half minutes into the second period.

The Japanese took full advantage, with Japanese sniper Yuichiro Sakazume scoring twice on the five-minute man advantage, assisted by Ryosuke Shimoyama and Narumi Saruwatari, as Broome could only look on from the sin bin.

With the Japanese holding a commanding 3-0 lead it looked like it could be a long night for the Aussies, but Broome found redemption and helped get his team on the scoreboard, setting up his teammate Owen Crofts with a great assist on a nice one-time shot just 22 seconds after the conclusion of the five-minute major penalty, bringing the score back to 3-1. The young Australians got a spark from the goal, putting on the pressure and working hard to earn a second with a shot from David Noney, assisted by James Watson, with less than a minute remaining in the second period, bringing the score to 3-2, and giving the Aussie supporters something to cheer about.

The Aussies started strong in the third period, but the Japanese regained the two goal advantage a little over three minutes in when Kazunaga Noda found the back of the net, with an assist from Mahiro Takahashi.

With the Japanese ahead 4-2 the teams went back and forth, up and down the court, trading scoring chances but neither team putting one away until the Australian captain Steven Lamble buried a hard shot off a pass from Jaysen Dale with 12 minutes left in the game, bringing the scoreline to 4-3. The Aussies poured on the pressure looking for the equaliser, which eventually came with just over three minutes left in the game on another blast by Lamble from near centre-court, assisted by Michael Keating, levelling the game at 4-4.

It was a frantic finish, with both teams working hard for the winner, but at the final whistle the game ended in a very entertaining draw.

Japan plays New Zealand tomorrow, while the Aussies get a rest day. 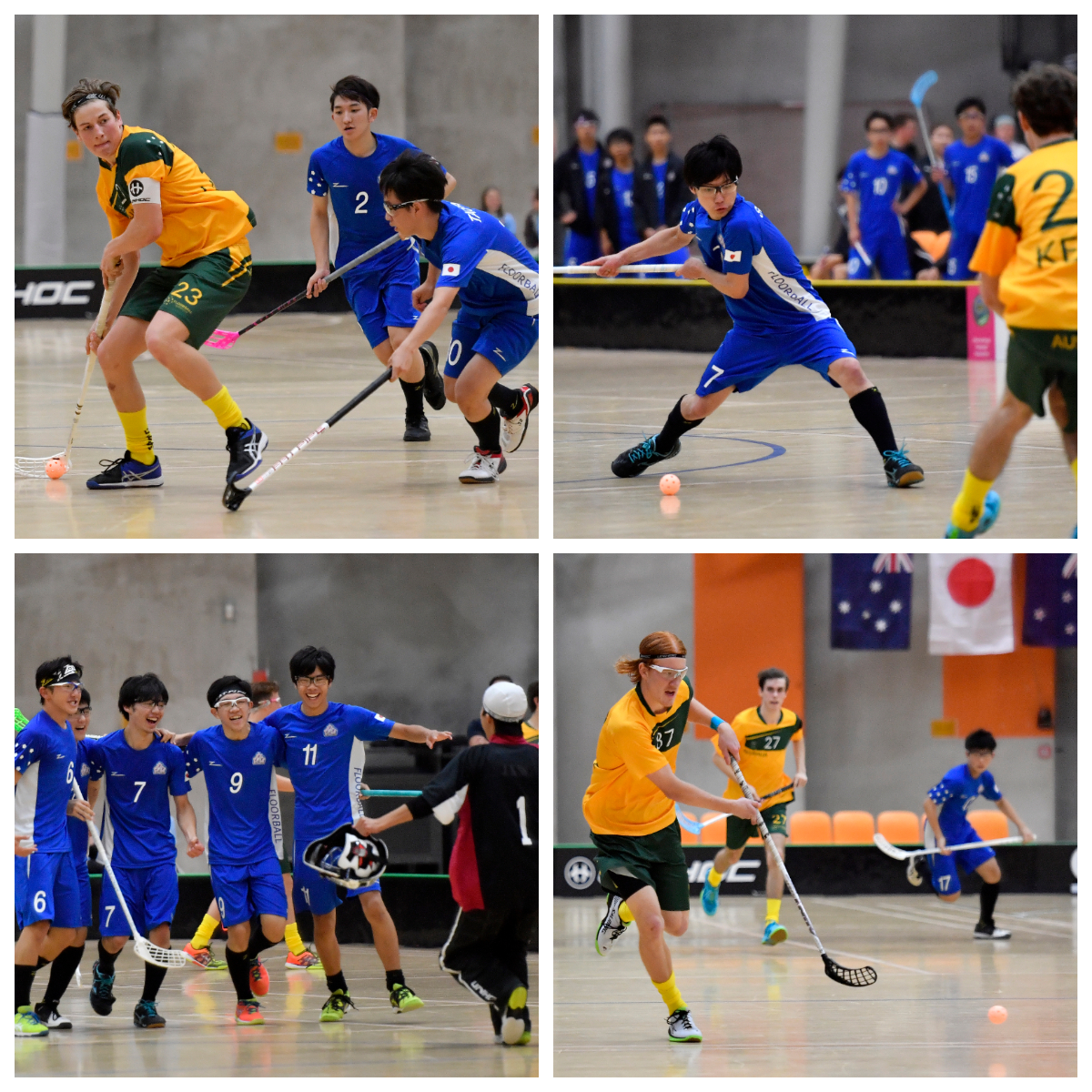 Both World Floorball Championships to take place in 2021

Rules of the Game 2022 Edition