Tornado Brussels and Strijtem are the Belgium Champions for 2018

Belgium has a new men’s Floorball Champion for 2018! 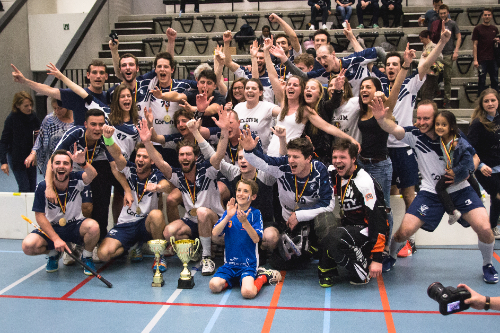 Tornado Brussels Floorball broke the four-year winning streak of Juventus Floorball Club in a thrilling playoffs final on 13th of May with the convincing score 4-6 (1-1; 1-1; 2-4) with over 400 fans cheering them on in Tielt.

Two intense periods were followed by a dramatic last period that saw Tornado score four consecutive goals to take the lead. Juventus countered with two goals in ten seconds – a surprising play that did not prevent Tornado’s crowning win. Lucas Balcinhas Godinho of Tornado Brussels Floorball and Jelle de Sadeleer of Juventus Floorball Club were selected as MVPs of the game. Meanwhile, TMD Aalst took home the bronze – their forwards player Luca Boutmans was the league’s top scorer of the 2017/18 season.

Tornado came out on top against Juventus a week later in the high-level final of the Belgian Cup, 5-4 (1-1; 2-2; 1-1) (1-0). After a back-and-forth of goals, Lucas Balcinhas Godinho scored the decisive golden goal to seal the victory. 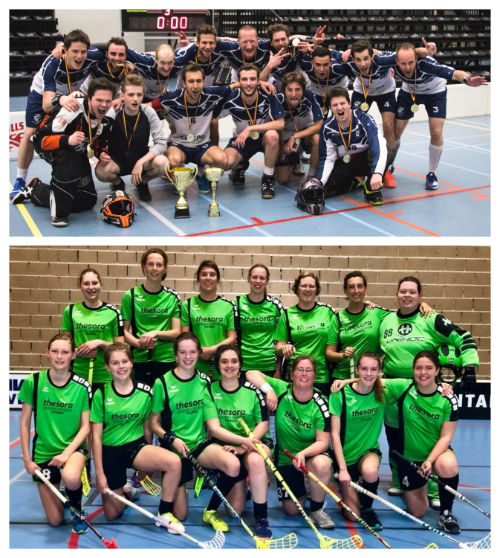 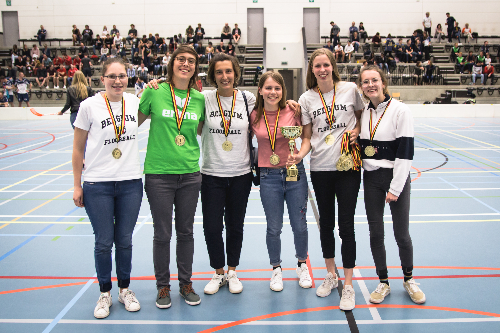 The newly established Women’s National Team returned from the Salzburg Floorball Tournament in April as surprise winners. Belgium is excited to be participating in the Women´s Floorball Championship Qualifications 2019. The Special Olympics and BFF have also started a cooperation to develop floorball as an SOB discipline and to promote the inclusion of athletes with intellectual disabilities in floorball clubs.