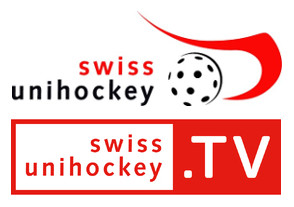 The Swiss NLA matches can be watched live from an livestream platform called swissunihockey.tv

Swissunihockey.tv by the Swiss Floorball Federation has worked as a livestream platform for the Swiss top league matches. The platform was first used in September when Floorball Köniz played against SV Wiler-Ersigen. The main aim of the platform is to increase the reach of the sport and also to create an attractive advertising platform. For the twelve NLA men’s clubs, the livestream is now a mandatory part of the home games.

Already before the Holiday break, the platform was able to collect half a million clicks. While some of the clicks are associated with the live matches, the swissunihockey.tv also enjoys great popularity outside the livestreams. On play-free days the number of clicks is three digits and sometimes even four.

– A huge thank you and a big compliment goes to all the clubs which, apart from money, invest a lot of time and commitment to the project, says Reto Luginbühl, member of the NLA and the swissunihockey.tv working group.

The livestreams are produced by dedicated volunteers. Livestreams need between five and eight people when they are produced with commentary and replays. Clubs and production teams are working constantly to improve the quality of the livestreams.

The next livestream can be watched already next weekend on www.swissunihockey.tv