The IFF Floorball Champions Cup is a tournament for the elite European clubs organised by the International Floorball Federation (IFF). The tournament underwent significant changes in 2011 and 2015. Currently, the tournament is played in January each year as a Final Four event with 4 teams for both men and women (8 teams in total).

Currently, the four teams involved, for both the men´s & women´s competition, are the national club champions of Czech Republic, Finland, Sweden & Switzerland.

The winner of the Champions Cup, in both men’s & women’s categories, receives prize money of 10,000 CHF and the runner-up receives 5,000 CHF. 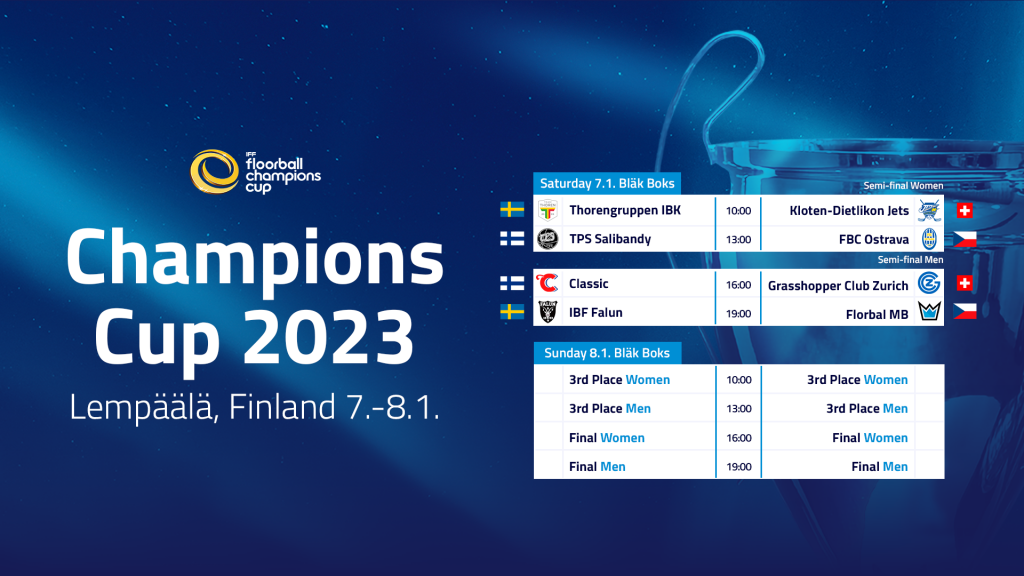