The two most successful Swiss referees, Corina Wehinger and Sandra Zurbuchen, will officiate just one more match. After 17 years and more than 400 games – including two men’s world championship finals – the two women are ending their storied careers.

Corina Wehinger and Sandra Zurbuchen both came into contact with floorball as players with Floorball Köniz and Wizards Bern Burgdorf. But soon they both took a liking to refereeing and since 2006 they have been refereeing together. What they have achieved since then, the two Bernese women would never have thought possible.

Wehinger and Zurbuchen refereed the men’s Swiss Superfinal four times and were named the best refereeing pair of the season six times. Their successes in Switzerland alone are noteworthy, but Wehinger/Zurbuchen also made a splash on the international playing fields. In 2020, they became the first women to referee a game in the world’s best floorball league – the Swedish SSL. In addition to being nominated for several international matches at the Euro Floorball Tour tournaments and the 2022 World Games in Birmingham (USA), the duo also refereed matches at six World Championships: 2015 Women’s, 2016 Women’s U19, 2017 Men’s U19, 2018, 2020 and 2022 Men’s. At the 2020 World Championships in Helsinki, Finland (postponed to 2021) they were the first female referees to officiate a men’s final. Just two weeks ago, they doubled at the home World Championships in Zurich and were again nominated for the final. Wehinger/Zurbuchen are only the third referee pair to have been able to referee the men’s final twice. 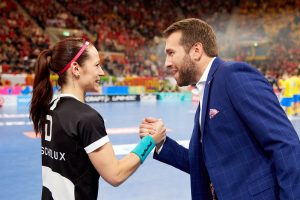 One last game together
— We already talked about our retirement before the World Championships in Helsinki. Unlike an athlete, with us both have to agree. After 17 long years, there needs to be an exit plan and we worked it out and planned it in long talks. Finding the right time is one of the most difficult things. But it’s important to us that we don’t miss that exact moment, both referees explain. So that time has now come for Wehinger/Zurbuchen. On Sunday, December 18, 2022, they will officiate the Lidl Unihockey Prime League match between HC Rychenberg Winterthur and Floorball Köniz as the final event of their careers.

— At some point you have to become frugal and realise that everything has an end. We can now stop at the peak of our career and that was our big goal, state Wehinger and Zurbuchen. Both can look back on their careers with great satisfaction:

— We are very happy and proud of what we have achieved. We were able to set new accents and made history several times. To experience this and to achieve it with a lot of work was never a matter of course for us. Now we are looking forward to a new chapter without referee whistles and red cards, they conclude. 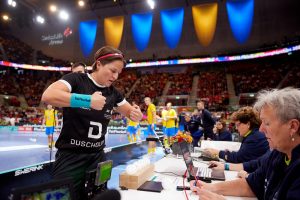