This will be the second time that the Women´s WFC has been held in Switzerland. 16 teams will participate and all teams, apart from the host country Switzerland, qualified via regional tournaments held in January and February 2019. 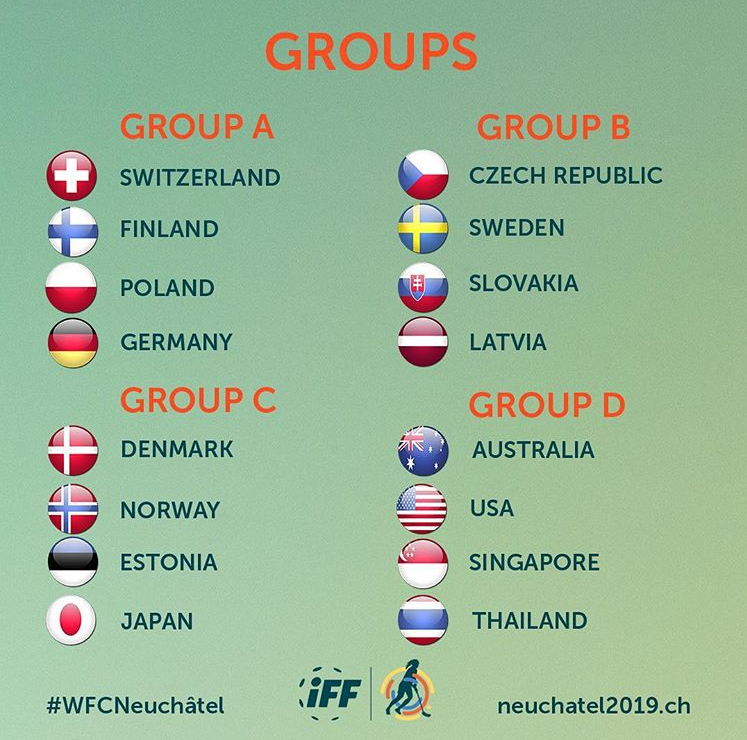 In the WFC, 16 teams are divided into 4 groups based on ranking and ballot draw. In the group stage each team plays each other once, while the second stage of the event includes play-offs and placement matches. The two best teams of group A and B go directly to the quarter-final. Teams placed 3rd and 4th in group A and B and the teams placed 1st and 2nd in group C and D make it to the first playoff round (played before the quarter-finals).

Qualifications for WFC 2019 were held in four regional events held in Europe, Asia Oceania and the Americas. Switzerland, as the host country, received direct qualification.  More information on all of the qualification events can be found HERE.