Sustainability is becoming an important factor in floorball events

Recyling, climate neutral, re-use and sustainability are well known headlines nowadays. This has been recognised by many governing sports organisations. This is also applicable for floorball.

These topics have become very important for the International Floorball Federation. Various projects have been launched such as:

During the both U19 World Floorball Championships the IFF has launched “Stick with it!” – its equipment recycling programme. Venues in Brno (CZE) and Uppsala (SWE) had on-site collection boxes for people to donate their old floorball equipment. The start was rather slow but with the support from IFF sponsor of Unihoc – several dozens sticks and additional equipment were selected. 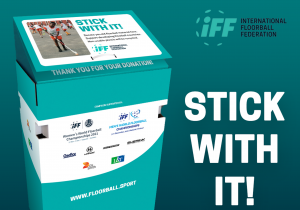 The IFF has been working with myclimate for several months. During this time the IFF has continued to develop its sustainability programme and has facilitated discussions between the climate fund and Member Associations as well as an IFF sponsor. myclimate works on three levels: runs carbon projects, consults organisations on sustainability and provides educational services. 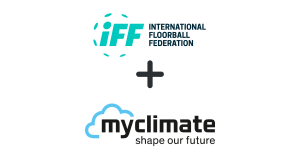 Czech Floorball wants to grasp the topic of environmental sustainability not only as a global trend, but as the right thing for the future and the value it wants to gradually incorporate into floorball. It wants to inspire not only its members, but also to be a role model for other sports. During the Men’s U19 WFC in Brno in 2021 the assocation already transferred various points into an ecological approach: pens were made out of cardboard, recyling boxes for various kind of trash and most special were the best player medals. Those were made out of recycled plastic. All spectators had the chance to get their own medal. It was live produced at the venue out of recycled plastic granulate and then manually into the medal shape. 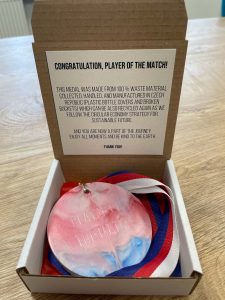 Men’s WFC 2022 in Switzerland will be climate neutral

Challenge accepted – The Swiss Floorball Association has set itself a great goal alongside the playing field for the Men’s World Floorball Championships (WFC) 2022 in Zurich and Winterthur. The WFC 2022 will be the first climate neutral World Floorball Championships in history. This Green Goal can be reached with creative and innovative measures in different areas as well as with the cooperation of fans, partners and sponsors. 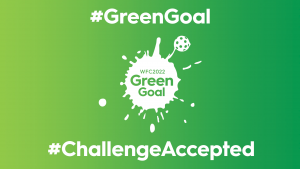 Since 2015 the Swedish Floorball Federation has worked together with the Swedish recycling brand Pantamera (which literally means “recycle more”).  Returpack Ltd, the company behind the Pantamera brand, manage a return system with deposit for recycling of beverage packaging made of plastic and metal in Sweden.  Further, came the Pantamera fun obstacle course. This activation was on tour in various arenas during the season and winners of local competitions were able to secure a spot in the final at the Swedish Championship final. To support the activity rate in recycling Pantamera also started offering clubs an alternative model whereby you can submit deposits and receive a flat-rate payment for each returned bag. 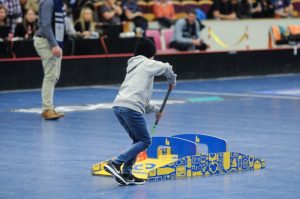 Gerflor has been the flooring provider for the IFF since 2002. The Taraflex products have secured high-quality circumstances for the event organisers, players and referees. The less known fact is that Gerflor has developed its sustainability strategy in numerous ways over those years. The products are made from 100% recyclable materials and 65% of the materials do not contribute to resource scarcity. The Taraflex Sport flooring used in IFF events contains 32% recycled raw material (average 25% in Gerflor products). For several decades Gerflor has been committed to drastic initiatives to reduce energy and water consumption. The company has also strongly improved its CO2 footprint across all facilities and processes. 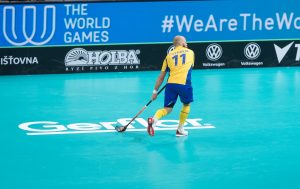 One important aspect in considering the environment is the raw material. Bioplastic is a completely normal plastic, but the raw material is renewable and is manufactured using sugar cane rather than oil. The sugar cane comes from Brazil, and ethanol is extracted and processed to produce ethylene and subsequently polyethylene. The bioplastic used by UNIHOC is HDPE (High Density Polyethylene), which has exactly the same properties as regular plastic and is sorted at source and recycled in the same way as other plastic. The final product carries all the qualities that plastic that has been produced from traditional raw materials and can accordingly also be recycled as plastic waste. 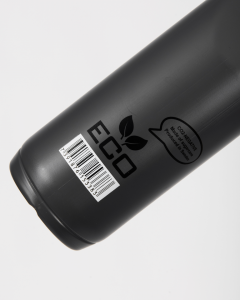