Poland placed 7th and stays in the A-division. Slovakia 5th

The match for the 7th place and for a place in the A-division 2012 ended in Polish celebration. 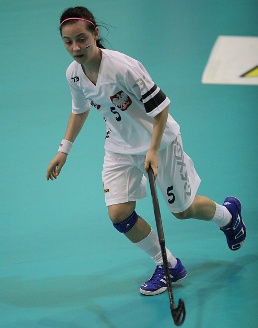 The match was quite even and the match tempo varied a lot within the match, but the Polish were better at finishing their attacks and could win Latvia with 3-2.

There were quite a lot of penalties for both teams in the start of the match and Poland was better in utilising the special situations. Maja Stenka scored the first power play goal for Poland in the 1st period.

Poland was able to have more ball control and especially the Polish line with Stenka and Kinga Bugajska were able to create some good chances in the otherwise quite slow tempo 2nd period, but no more goals were scored.

In the 3rd period the game got more interesting and there was more speed on the field. First Latvia´s Liga Akmenkalne managed to even the score, but only one minute later Malgorzata Jablonowska scored her first WFC goal and the 2-1 goal for Poland.

The goal scoring competition continued, but Poland was able to keep the Latvians behind and took the 7th place in this WFC.

The Polish goal scorer, Jablonowska, was very happy after the match:
– I was extremely happy after scoring the 2-1 goal. The whole team ran out to me and it felt amazing as it was such an important goal as well. Now I know how it feels to score a WFC goal!

The Polish team has had some problems with their game in this tournament, but this was the best match for the team:
– We do not know what happened to us in the start of the tournament, but we knew that we can score goals and we got up again and did what we had to do in the last match. We played great tonight and it was a very important for us to keep the place in the A-division. 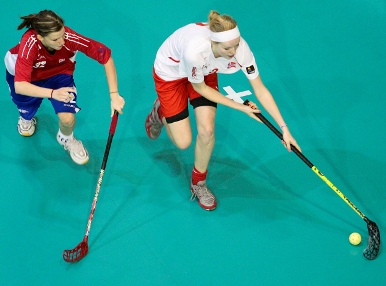 In the previous WFC Slovakia played in the B-division and their best ranking in the WFC was 9th. This WFC was totally different, the Slovaks surprised everyone and took the 5th place of the tournament. Slovakia won Norway in the match for the 5th place 4-2.

Slovakia took 2-1 lead in the first period and as the second period was played without goals, they had the advantage still before the last period.

Norway came back to the match in the first minute of the 3rd period as the most effective player of Norway, Hildegunn Holm, scored once again for Norway. Slovakia showed their strength in the last ten minutes. First Petra Tardíková scored her second in the match and a minute before the end Romana Janegová ended the Norwegian efforts for equalizer by shooting the 4-2 goal for Slovakia.

With the victory Slovakia took their best ever WFC placement and Norway on the other hand continued their trend of 6th places – Norway has been 6th in every of the four played women´s U19 WFC tournaments.