Sunday was the final day with all the finals at the Women’s U19 WFC 2022 in Katowice, Poland.

Latvia came a long way to play for this 7th place. It seemed that the energy tank was pretty much empty. Therefore it was Team Norway which took their chances and kept scoring on a regular base. It was Sarah Lunde who was in the scoring spot light with three goals. Norway takes 7th place with 5-0 victory. 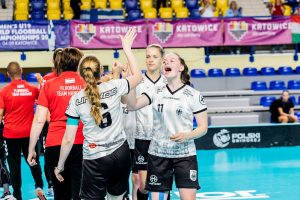 A very tight game between the German and Hungarian team. It was Hungary which was able to lead three times in this game; last time 5-4 to them and just nine minutes to go. But Germany reacted with a very strong will and performance – being able to score three unanswered goals in the last four minutes and taking this 7-5 win. 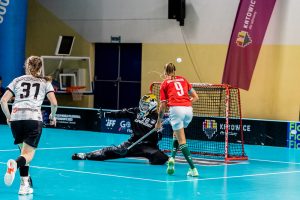 Plenty of chances on both ends of the court. It was Finland who was able to convert more of those chances and led 2-0 by the first intermission and 4-1 by the second intermission. It was again Finland which scores the first two goals in the last period. Switzerland continued to play without goal keeper when they had ball possession an were able to narrow the goal difference with two goals. However, Finland had two goals to answer and are the winners of the bronze medal by a 8-3 victory. 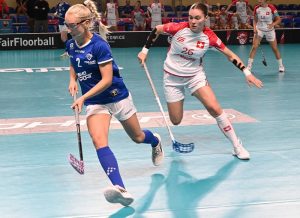 The final started as many finals before. Team Sweden with an energetic start and being able to score several goals. Sweden was leading 4-1 after almost 36 minutes. 16 seconds after the fourth goal from Sweden, Team Czech Republic had an answer with their second goal. This goal boosted the confidence from the Czech team and they continued to score until the draw just bit less than five minutes to play. The gold medal game had to go into extra time. There were no further goal in this ten minutes. Both teams had to go into penalty shoot out. It was another  very tight duel. The last Czech penalty was stopped by the Swedish goal keeper Maja Lindsjo – which made the World Champion again. 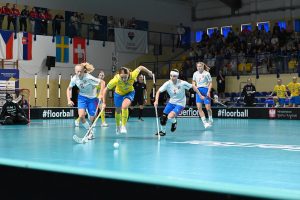